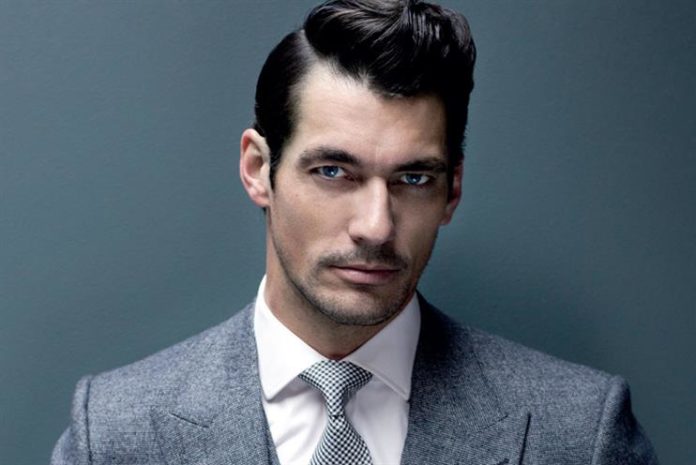 For people to make a career out of their face and body is a thing that happens very rarely and those who have done it seem they become incredibly influential and wealthy. David Gandy who redefined the standards of the modeling industry and shifted the focus to a more traditionally masculine standard is one such example.

Gandy has been the face of D&G’s Light Blue fragrance ever since 2006. Apart from his highly successful modeling career, he has launched two mobile apps and writes lifestyle articles and blogs for selective magazines. He also has tried his hand in designing with multiple brands with good success.

Born on 19th February 1980, David is 40 Years old. The chiseled and muscular body is a distinct feature that helped David throughout his modeling career. His body measurements are considered as near to perfect which include his chest of 43 inches, waist 33 inches and biceps 15 inches. David measures 6’ 3” in feet and weighs 91 kg. He has Dark Brown hair and the color of his eyes is Light Blue.

David has been a model for various brands like Russell, Carolina Herrara, and Zara among many others. And this explains his estimated net worth of impressive $16 million. Most of which he acquired from modeling and brand endorsement but some also come from his designing and other endeavors.

David James Gandy, son of Christopher A. Gandy and Brenda Gandy was born and grew up alongside his older sister Claire Gandy in Essex. He studied at The Billericay School in Billericay, Basildon, Essex and later attended the University of Gloucestershire from where he graduated with a degree in Marketing.

After beginning his career in 2001, David during his early years modeled for brands such as H&M, Hugo Boss, becoming increasingly recognizable as years went by. Gandy caught the attention of Dolce and Gabbana in 2006 and modeled as the face of their Light Blue cologne and throughout the next six years continued to do so.

In October of 2013, Gandy was the face of SM Men’s Fashion and for Marks and Spencer’s advertising campaign. Jennifer Lopez’s song “First Love” featured David Gandy in the music video in 2014 and at the same time, he became interested in designing clothing himself.

He has contributed t multiple clothing lines including Marks and Spencer on the sleepwear line and swimwear line in 2015. He also has reviewed automobiles on several TV programs and is a brand ambassador for Martini’s racing ventures.

David Gandy also has a daughter with girlfriend Stephanie Mendoros. The baby is named Matilda.

Here we provide you the list of David Gandy’s favourite things. Some Interesting Facts About David Gandy