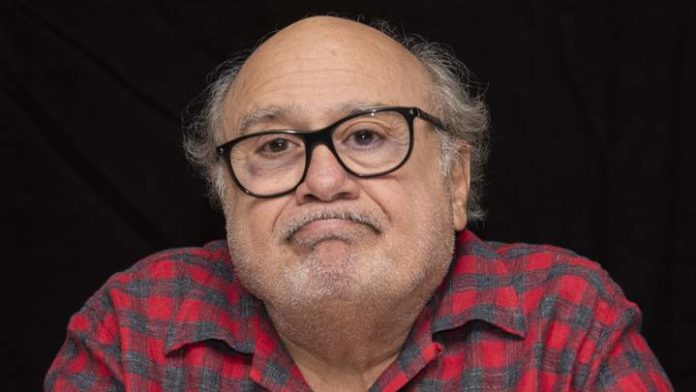 Even though he is short in height, Daniel Michael ‘Danny’ DeVito Jr. popularly known as Danny DeVito has gained the level of success which very few have managed to achieve. Comedian, director, producer and an American actor DeVito has established himself above many others in the industry.

He proved his mettle with his talent and passion for acting even though DeVito took a lot of lumps while growing up.  Admired for his comic timing and charming humor he experimented with other roles as well without restricting himself.

Danny has also directed movies starring major actors apart from his acting and comedy. Almost all of his directorial ventures belong to the genre Black Comedy as it is close to his heart.

Born on November 17, 1944 Danny DeVito is currently 75 years old. He suffers from a medical condition due to which his height appears quite short. His height measures 4′ 11″ in feet and his weight is 65 Kg. His body measurements are 40-30-31 and his biceps measure 10 inches. The color of his eyes is Brown and his hair is white in color mostly because of aging.

As he is quite successful as an actor, director, producer as well as comedian, it is assumed that he has gathered a huge amount of wealth. He has been a producer for famous projects like ‘Pulp Fiction,’ ‘Erin Brockovich,’ ‘Reno 911!’ which have earned a massive amount of money on the box office. The total net worth for Danny DeVito is estimated to be around $80 Million US dollars as of now.

Danny DeVito was born in Neptune Township, New Jersey, the USA to his parents Daniel DeVito Sr. And Julia DeVito his mother was a homemaker and his father was a businessman. He grew up with two sisters Theresa Scialla and Angela Lucia.

On his own request to his father, he attended a boarding school which was ‘Oratory Preparatory School’ and later went to the ‘American Academy of Dramatic Arts’ and graduated in 1966.

DeVito started working at the ‘Eugene O’Neill Theatre Centre’ after his graduation and has worked many odd jobs before entering the entertainment industry. He landed the role of Martini in the stage production of ‘One Flew over the Cuckoo’s Nest’ and later worked in the film as well. He worked in the ‘NBC’ series titled ‘Taxi’ in 1978.

His career mainly started after the ‘Terms of Endearment’ in 1983. His first directorial venture was ‘Throw Momma from the Train’ in 1987. DeVito played many characters with different shades in several movies from 2012 to 2019. ‘Space Jam’ (1996), ‘Smallfoot’ (2018) are some of the movies in which he played a voice actor as well.

Here we provide you the list of Danny Devito’s favourite things. Some Interesting Facts About Danny Devito