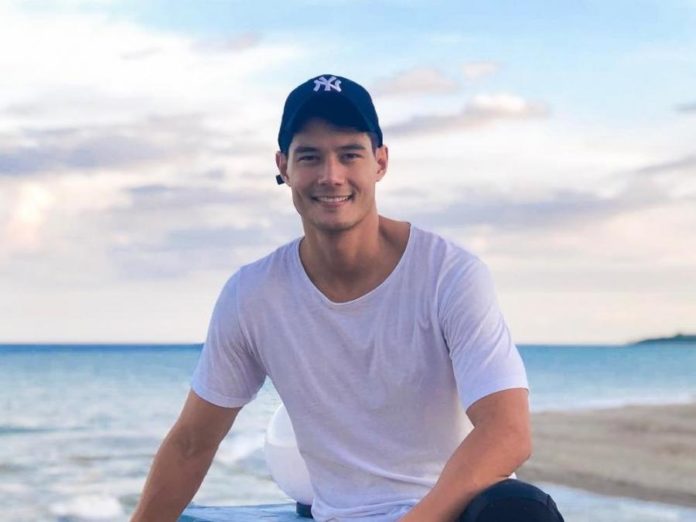 Daniel Matsunaga (also known as Daniel Kenji Silva Matsunaga) is a Brazilian model, actor, footballer, sports presenter, and businessman who was born on November 28, 1988, in Brasilia, Federal District, Brazil. Daniel Matsunaga is a devout follower of Jesus Christ. He became a naturalized Filipino citizen in December 2014.

Matsunaga is 6 feet and 1 inch tall, with a height of 1.85 meters. He weighs 192 pounds or 87 kilograms. He is of ordinary height and physique. His eyes are black, and his hair is a black color.

Modeling and acting provide the majority of Daniel Matsunaga’s income. His net worth is reported to be between $1 million and $5 million.

Matsunaga was born in the capital of Brazil, Brasilia. His mother, Gerarda Silva, is a Brazilian of Spanish, Portuguese, and French ancestry, while his father, Paulo Mitsuo Matsunaga, is a Brazilian-born Japanese.

He has two siblings: a brother and a sister. However, there is no information available about his education and educational qualifications.

Matsunaga began playing football as a child and intended to play for the Brazilian national team before entering show business. Before moving to the Philippines, he played for clubs in his home country of Brazil as well as Hong Kong. He has previously played for Team Socceroo, Pachanga, and Kaya in the Philippines.

He began his career in the now-defunct United Football League (UFL) in Division 2 with Team Socceroo in 2011, alongside fellow model-actor Fabio Ide. He later joined Division 1 team Pachanga Diliman for the 2012 UFL Cup before joining Stallion for the 2013 season. He transferred to Kaya for the 2014 season.

In street football, he was a member of Team Nacional, who qualified as the Philippines’ representative for the Neymar Jr.’s Five Football Tournament by defeating Tondo in the final of the Philippine qualifying leg. The global final, held in Brazil, included 53 other nations, with Romania emerging as the victor.

Matsunaga also became a player in the 7’s Football League. He returned to local football in August 2020, signing with Philippines Football League newcomer Maharlika F.C. Despite this, he was not included in the final roster for the 2020 season for unclear reasons.

Here we are providing the list of favorites of Daniel Matsunaga: Some Interesting Facts About Daniel Matsunaga