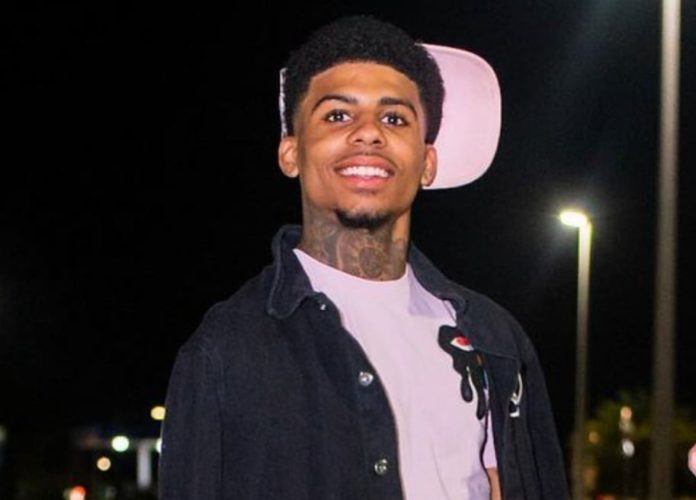 Damaury Mikula, the name which is renowned in the social media platforms especially the Tiktok, is an American social media personality. He rose to huge fame for his lip-sync videos and dance videos on his verified TikTok account: @damaurymikula.

This star has garnered over 4.2 million followers on his account with over 160 million likes on the platform at age of just 18. Recently, Damaury hit the headlines in October 2021 when he was caught on with a high-speed chase in the street of Florida as he was accused of smoking his tires and running a red light in his Dodge Challenger.

He maintains himself very fit and healthy with a weight of 65 in kilograms and 143 lbs in pounds. Moreover, he is very conscious about his physique and follows a regular and healthy diet in order to keep himself fit as a fiddle.

Damaury earns a very handsome amount of money through his professional career as a TikTok star. Having started his career as a social media personality, he has garnered more and more opportunities earning much income from his posts. According to the sources, Damaury’s estimated net worth is $500K approximately.

Born and grew up in the United States, Damaury belongs to the African ethnicity. However, there is no information about his parents. he grew up alongside his siblings; two brothers, Devron Harris and Zay Mikula, and a sister.

Moreover, Mikula was highly influenced by his brother who is also a popular TikTok star. As of his education, Damaury joined a local school and attended Bloomingdale High School where he excelled in basketball.

Moving towards his career, Damaury began posting his first TikTok videos in October 2019. He gained huge popularity through his ance moves and lip-syncs videos on TikTok. Later, he also uploaded videos related to his personal life one of them being his video with his child posted on December 12, 2020, which accumulated more than 15 million views.

Other than this, Mikula has garnered over 4.2 million followers and more than 160 million likes on the platform as of November 3, 2021. Other than TikTok, Damaury also owns his YouTube channel titled “Kid Maury” which contains more than 795k subscribers.

Moreover, on November 29, 2013, he started the channel where he uploads several videos related to comedy, compilations, vlogs, pranks, and reaction videos as well. Besides this, Mikula has also created videos sharing his experience of being a teen father.

In addition to this, he also has another YouTube channel titled “MaurySoLit” which also hits more than 220k subscribers.

Talking about his relationship status, Damaury is in a relationship with a fellow TikTok star named Benet Tyson who is also a popular social media star and a content creator and also owns a YouTube channel titled “Life with Destiny”.

Moreover, the duo has been dating for some years now and has a lovely daughter named Isabella. In fact, Damaury often posts photos alongside his girlfriend and daughter on Instagram.

Here we are providing the list of favorites of Damaury Mikula: Some Interesting Facts About Damaury Mikula