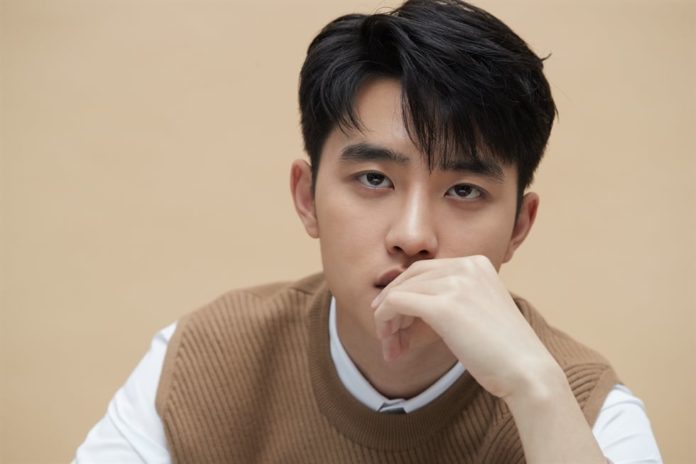 When your positive action combined with positive thinking, results in success, this line has very well proved Doh Kyung-soo professionally known as “D.O.”, is a South Korean singer, songwriter, and actor. Exo is a South Korean-Chinese boy band, and D.O. is a member of the group.

He is one of the group’s key vocalists. In addition to music, he has been in a number of films and television shows. In July 2021, D.O. released his solo debut album, Empathy, as an EP.

His entertainment career forms a major part of his income. At this time, no information about his salary or net worth is known. Their combined net worth is projected to be approximately $1 billion, with his individual net worth estimated to be around $10 million.

D.O. was born and raised up in Goyang, Gyeonggi Province, and belongs to the Asian ethnicity. He didn’t reveal any information with regards to his parents but he has a brother whose name is Doh Seung-soo.

As of his education, he completed his schooling at Goyang Poongsan Elementary School, Baekshin Middle School, and Baekseok High School. There is no further information about his educational qualifications.

On January 30, 2012, he debuted as Exo’s eighth member. Mama, the group’s debut EP, was released in April 2012. At the 2013 Seoul Music Awards, the EP won the Best New Asian Artist and the New Artist Award. They were also nominated for Artist of the Year and Rookie of the Year at the 2012 Mnet Asian Music Awards and the 2013 Korean Music Awards, respectively.

Countdown, the group’s Japanese album, was released in 2018. D.O. is an actor as well as a musician. In 2014, he made his acting debut in the film Cart as a supporting character. For the film, he created an original soundtrack called “Crying Out.” For his portrayal, he was nominated for the 52nd Grand Bell Awards’ Best Supporting Actor Award.

In 2014, he made his broadcast debut in the SBS drama It’s Okay, That’s Love as a supporting character. At the 51st Baeksang Arts Awards, he was nominated for Best New Actor. Pure Love, My Annoying Brother, Room No. 7, Along with the Gods: The Two Worlds and Swing Kids are among the important films in which D.O. appears.

For his act as a national-level Judo athlete in the film My Annoying Brother, he won the Blue Dragon Film Awards for Best New Actor. Be Positive, Positive Physique, and 100 Days My Prince is three big dramas starring D.O. In 2020, he made his musical theatre debut in a replay of Return: The Promise of the Day, the original military musical.

In July of this year, he enlisted as an active-duty soldier. He worked as a food handler for the Capital Mechanized Infantry Division throughout his military service. Following the army’s COVID-19 pandemic rules, he was released in January 2021 after taking his final military holiday leave in December 2020 without returning to his base.

In the South Korean remake of the Taiwanese film Secret, he will play the starring role of a student who plays the piano. In July 2021, D.O. released his first solo album, an EP titled Empathy. With his solo track “Rose,” he made his solo debut.

D.O. is unmarried and rumored to be single. In an interview, he admitted to dating a female in his third year of high school. More information about his personal life, relationships, and dating will be added here as they become available.

Here we are providing the list of favorites of D.O. Some Interesting Facts About D.O.