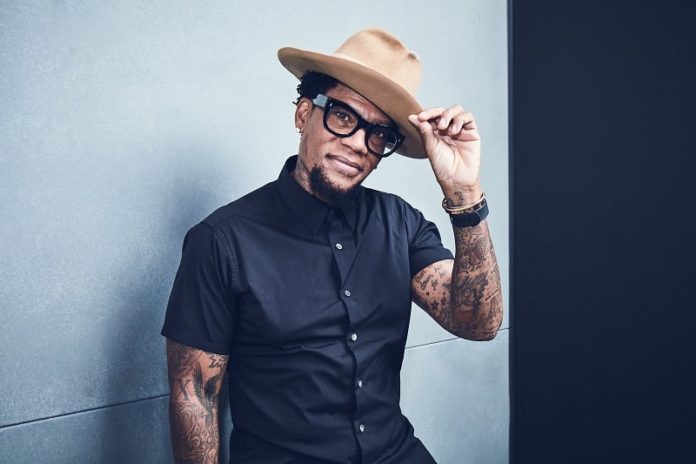 An American celebrity D.L. Hughley is a versatile personality as he is an actor, radio host, author, and stand-up comedian. He rose to prominence for hosting the shows like “ComicView” and “D.L. Hughley Breaks the News”. Recently, he was tested positive for coronavirus when he collapsed onstage in Nashville.

He has turned 59 years old. He has a sharp brown color eye and has curly long black color hair longer than usual hair. He has an average body type but his body measurements are not disclosed yet.

According to the sources, the estimated net worth of D.L. Hughley is $12 million USD approximately.

D.L. Hughley was born Darryl Lynn Hughley on March 6, 1963. He was born to Audrey and Charles Hughley who worked as a Delta Air Lines maintenance worker. He was raised along with his three siblings in South Central, Los Angeles.

His teen years were devastated when he joined a notorious street gang “The Blood”. He went to San Pedro High School from where he was expelled. He left the gang for his GED in order to gain employment at Los Angeles Times.

D.L. Hughley started his career as a host of ComicView. Along with his appearance at “The Hughleys”, he has written and produced the series. He also launched his own stand-up comedy album “D.L. Hughley: Notes From The GED Section”. He was also starred in “Sunset Strip”, “Studio 60”, and Scrubs.

As a special guest moderator in ABC’s “The View”. He was starred in “Dancing with the stars” as a contestant with two-time champion Cheryl Blake. William Morrow has published his book “Black Man, White Horse: An Oral History of the Obama Years” in 2017.

In the comedic news show “D.L. Hughley Breaks the News” he has covered global happening in politics, sports, entertainment, and pop culture.

D.L. Hughley is married to LaDonna Hughley in 1986. The couple is blessed with two daughters Ryan and Tyler and a son Kyle. His son is a well-known actor and a fitness instructor. His daughter Ryan is a cooking enthusiast whereas his other daughter Tyler is a radio host working together with his father. Some Interesting Facts About D.L. Hughley