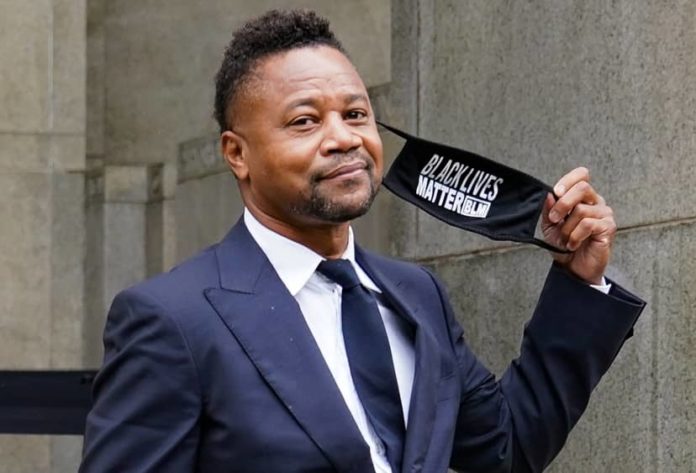 The key to success is to focus on Goals, not obstacles, this line is very well proved by Cuba Gooding Jr who is an American actor, producer, director, and writer. Moreover, this versatile personality is prominently known for his breakthrough role as Tre Styles in the 1991 film, “Boyz n the Hood”.

He also came into the limelight by winning an “Academy Award for Best Supporting Actor” for his role as Rod Tidwell in the film. “Jerry Maguire”.

Born on 02 January 1968, this handsome personality has turned 53 years old in the year 2021. He seems enough tall with his height which is 178 in centimeters and 5’10” in feet and inches. He seems very fit and healthy with a weight of 81 in kilograms and 179 lbs in pounds. He looks more amazing with his dark brown eyes and black hair.

Cuba makes a very decent amount of net worth through his career mainly as an actor. Moreover, through his several hit movies and TV shows, and series, he has managed to amass a great fortune of the amount in million dollars. According to the sources, his estimated net worth is $24 million approximately.

Born and grew up in The Bronx, New York, United States, Cuba belongs to the African-American ethnicity. He was born in a popular singer family as his father, Cuba Gooding Sr. worked as a lead vocalist of the soul group, “The Main Ingredient” while his mother, Shirley Sullivan is also a very eminent singer who has also worked with “The Sweethearts”.

Moreover, Gooding Jr. grew up with his three siblings: a sister named April and two brothers Omar and Thomas. As for his education, Cuba studied altogether four different high schools, first, he enrolled at North Hollywood High School after that he went to Tustin High School, later transferred to Apple Valley High School and finally he became graduate from the John F. Kennedy High School.

Furthermore, after completing high school, Cuba developed a great interest in Japanese martial arts so he spent three years of his career studying it.

Later, he also made his appearance in movies including “Judgment Night”, “A Few Good Men”, “Outbreak” and “Lightning Jack”. After that, he got a golden opportunity in the year 1996 when he got a charismatic football player role in Cameron Crowe’s blockbuster film, “Jerry Maguire” alongside Tom Cruise.

Furthermore, he again caught the public attention for his roles in movies like “The Fighting Temptations”, “Pearl Harbor”, “Radio”, “American Gangster”, “Snow Dogs” and “The Hit List”. Moreover, in the year 2009, he was well appreciated for his role as Ben Carson in the biographical film, “Gifted Hands: The Ben Carson Story”.

Additionally, he also got appeared in the 2012 World War II film, “Red Tails” and in the historical drama, “Selma”(2014). He has also starred in a TV pilot for Fox in the year 2012. In the year 2013, Cuba achieved one of the most significant film roles was in the film, “The Butler”.

Then he also made his crucial appearance in TV series and shows including “Big Time in Hollywood, FL” and “Firelight”. Besides this, in the year 2016, he appeared as O. J. Simpson in the popular series, “American Crime Story: The People v. O. J. Simpson”. On October 5, 2018, he made his first directorial debut, “Bayou Caviar”.

Talking about his relationship status, Cuba is currently single. However, he previously got married to his high school beloved, Sara Kapfer. The couple tied the sacred knot of marriage in the year 1994 and was later also blessed with three children: two sons Spencer and Mason and a daughter named Piper.

Unfortunately, after 20 years of togetherness, Kapfer filed for legal separation from Gooding and finally got divorced in January 2017. Moreover, on June 13, 2019, Cuba was charged with forcible touching and sexual abuse in the third degree in New York City. However, he was pleaded not guilty to the charges on October 15, 2019.

Here we are providing the list of favorites of Cuba Gooding Jr: 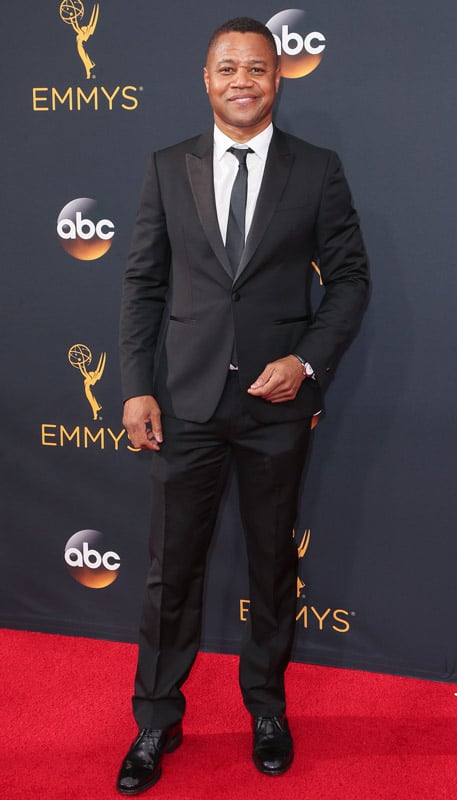