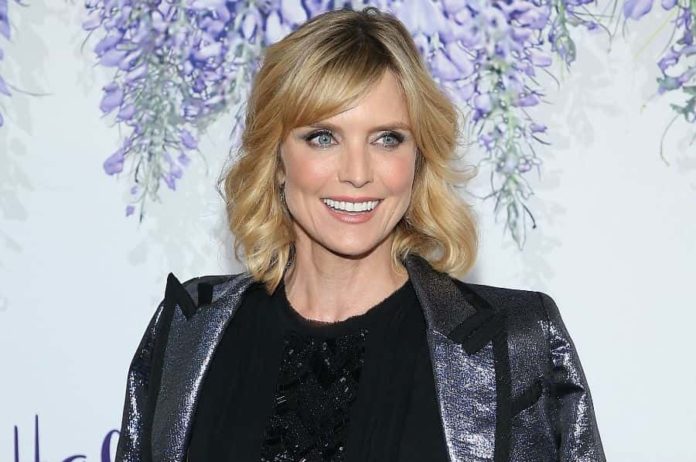 An American actress Courtney Thorne-Smith is best known for her roles in TV series such as ‘Melrose Place,’ ‘Ally McBeal,’ and ‘According to Jim.’ Her recurring appearance in the sitcom ‘Two and a Half Men’ has made her popular across the world.

For being blessed with a curvaceous figure, she has appeared in the role of sexy sirens in a few film and TV projects. Though her sexy image offered her many acting roles later she did not want to get typecast as a vamp.

In the search for different roles, she started taking up comedic roles to suppress her image of a siren. Her comic skills in the roles eventually proved to be really hilarious onscreen led her to a regular fixture on the sitcoms ‘Fast Times’ and ‘According to Jim.’

Courtney Thorne weighs 57 kg and 125 lbs in pounds. She is a gorgeous actress who is 163 cm or in feet, inches 5’3” tall. She has blonde color short color and sharp wide black color eyes. She has an attractive body with figure measurement is 37 inches breast, 27 inches waist, and 36 inches hips approximately.

According to the sources, the estimated net worth of Courtney Thorne is $10 million US dollars approximately.

Born on November 8, 1967, Courtney Thorne-Smith is the youngest daughter of Walter Smith was a computer market researcher and Lora Thorne who worked as a therapist. She was raised along with her older sister, Jennifer in San Francisco, California. When she was seven, her parents got divorced and she had to live with both parents at different stages.

She pursued her elementary education from Menlo-Atherton High School and eventually was graduated from Tamalpais High School. While attending high school, she was also involved with the Ensemble Theater Company.

During her late teens, Courtney Thorne-Smith started her acting career and made her film debut in 1986. She had commenced her career with a small role in the film drama ‘Lucas,’ starred alongside Winona Ryder, Corey Haim, and Charlie Sheen. Later, she ventured into a small screen and appeared in the series ‘Fast Times’ as Stacey Hamilton.

Gradually, her career started flourishing when she started off playing sexy sirens in steamy films and TV projects and portrayed more mature and versatile roles. By the time it was 90’s, she has featured in big projects such as ‘Revenge of the Nerds II: Nerds in Paradise’, ‘Summer School’, and ‘Side Out’.

In the primetime soap opera ‘Melrose Place’, she had played the role of Alison Parker, who had a painful past and a bad taste in men. It was started in 1992 and ran for almost 7 years due to its major success.

In 1997, she landed the role of Georgia Thomas in ‘Ally McBeal,’ a legal comedy-drama television series that won the Golden Globe Award for Best Television Series – Musical or Comedy for two consecutive years.  In the late 1990s, she was cast in a few movies, including ‘The Lovemaster’ and ‘Chairman of the Board’.

It was the time when her career peaked to even greater heights. She became popular across the world for her appearance in the sitcom ‘Two and a Half Men’ from 2010 to 2015. She was cast in a recurring role as Lyndsey McElroy, as the love interest of the main lead.

Lately, she was featured in the TV movie ‘Site Unseen: An Emma Fielding Mystery’. Apart from being an actress, she is an author with the publication of her novel ‘Outside In’.

Courtney Thorne Smith got married twice. Firstly, she was married to geneticist Andrew Conrad in June 2000. Due to some unknown reasons, the marriage ended in divorce within a few months. Later in 2007, she got married to Roger Fishman who is the president of the marketing firm the Zizo Group. The couple is blessed only with a son Jacob Emerson Fishman, born in 2008. 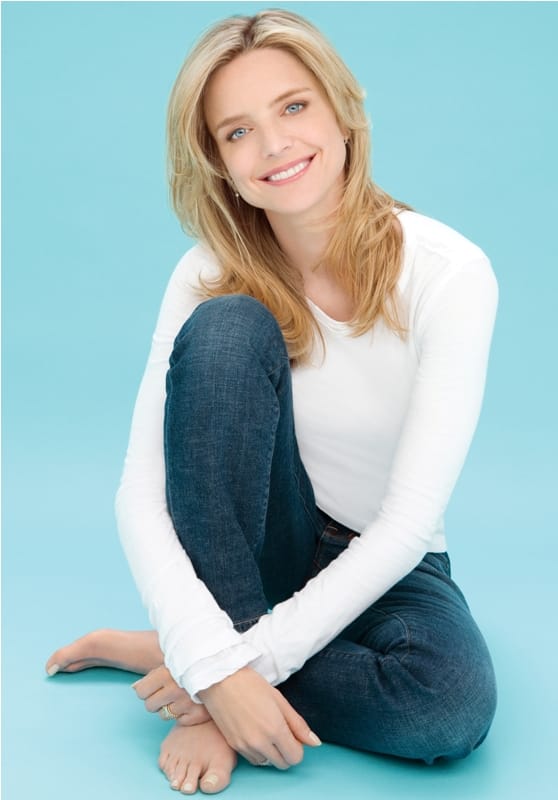