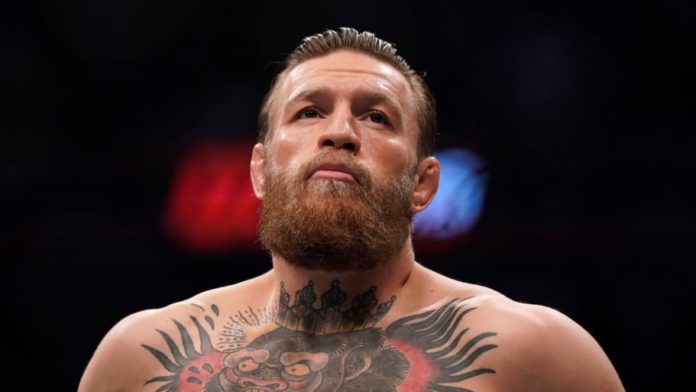 An Irish professional mixed martial artist Conor McGregor is currently signed with the ‘Ultimate Fighting Championship’. He is well-known for competing in different weight classes like a featherweight, lightweight, and welterweight. He was born as Conor Anthony McGregor on July 14, 1988. He is a former champion in lightweight and featherweight.

Apart from a mixed martial art, he is also a professional boxer who has achieved victories due to his knock out techniques. In MMA history, he is the biggest pay-per-view draw. In 2016, his name appeared on the list of Forbes top 100 highest-paid athletes list and hence became the first MMA fighter to come on the list.

Conor McGregor weighs 77 kg in kilograms and 170 lbs in pounds. His height is 175 cm or 5’9” in feet inches. He will turn 34 years old. His eye color is dark brown and his hair color is blonde.

His muscular body’s measurement is as follows 42.5 inches chest, 33 inches waist, and 16 inches biceps. He has a thick Dublin accent and numerous tattoos on his body. His trademark is a unique fashion sense and love for designer clothing.

Conor was born to Tony and Margaret McGregor in Crumlin, Dublin. He attended Gaelcholaiste Colaiste Cois Life, Ireland for his education and also played football for the school team. Later, along with his family, he moved to Lucan where he met future UFC fighter, Tom Egan.

In 2007, he made his MMA debut for the ‘Irish Ring of Truth’ in Dublin which was an amateur fight and he defeated Kieran Campbell. He played his first professional MMA bout in 2008 and won against Gary Morris.

He lost his featherweight debut against Artemji Sitenkov but won a featherweight fight against Stephen Bailey. He won 2011 and 2012 ‘CWFC’ featherweight and lightweight championships and became the European professional MMA to hold titles in two divisions.

In 2013, he signed a multi-fight contract with ‘UFC’. He won his debut bout against Marcus Brimage and earned his first ‘Knockout of the Night’ award. In 2016, the ‘California State Athletic Commission’ gave him a professional boxing license. In 2015 and 2016, he has won ‘Sherdog fighter of the year’.

He is in a long-term relationship with Dee Devlin but didn’t marry her yet. The couple has a son named Conor Jack McGregor and a daughter named Croia McGregor. Some Interesting Facts About Conor McGregor