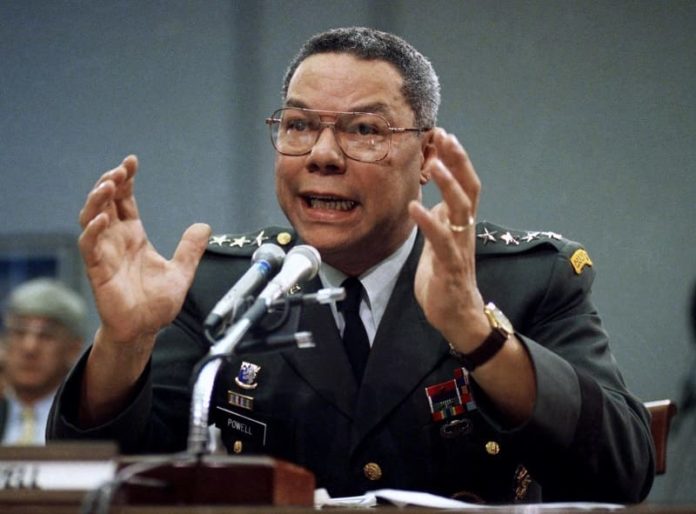 Success takes an investment of hard work, dedication, and consistency, this line has been very well proved by Colin Powell who was an American politician, diplomat, statesman, and four-star general who served as the 65th Secretary of State of the United States from 2001 to 2005. He is most known for being the first African-American Secretary of State.

However, he died on October 18, 2021, at the age of 84, from COVID-19 complications, despite being completely vaccinated. Powell’s death shocked the whole country, and even US President Joe Biden sent his condolences to his family. His verified Twitter account, which has thousands of followers, has been temporarily disabled as a result.

Powell’s 35 years of devotion to the country, followed by four years as Secretary of State, brought many reforms to the country, and his position earned him good fortune. He had a net worth of roughly $60 million, including his earnings.

Colin was born and raised up in New York City, New York, USA, and belongs to mixed(Jamaican-American) ethnicity. He is born to his father Luther Theophilus Powell and his mother Maud Ariel. Luther worked as a shipping clerk, while his mother, Maud, worked as a seamstress.

Throughout high school, Powell was an average student who never considered himself to be a member of the minority. Powell worked at a neighborhood baby furnishings store while in school and eventually became a Shabbos goy, assisting Orthodox families.

He earned a Bachelor of Science degree in geology from City College of New York in 1958 after graduating from high school. In 1971, he received an MBA from George Washington University, and in 1990, he was awarded an Honorary Doctor of Public Service.

As of his career, Colin Powell began his military career as a member of the Reserve Officers’ Training Corps (ROTC) while still a university student. He was then promoted to the second lieutenant in the Army. He was deployed as a platoon leader to the 48th Infantry in West Germany after completing basic training.

He spent a year as a South Vietnamese Army (ARVN) adviser during the Vietnam War. From 1972 to 1973, he worked as a White House Fellow under President Richard Nixon after returning from Vietnam. He served at Fort Carson in the 1980s before becoming Secretary of Defense Caspar Weinberger’s senior military assistant.

Powell launched America’s Promise in 1997 to assist children from all socioeconomic backgrounds. In 2001, he was appointed as the 65th Secretary of State of the United States by President George W. Bush. He was the first African-American to hold the office of Secretary of State. After Bush was re-elected in 2004, he was compelled to resign.

In 2006, he spoke at a series of motivational events known as getting Motivated. In 2007, he became a member of the board of directors of Steve Case’s new firm, Revolution Health. He also served on the Board of Directors of the Council on Foreign Relations.

In 2008, he was the spokesman for National Mentoring Month. In 1995, he published his autobiography, “My American Journey,” as well as a book, “It Worked for Me, Lessons in Life and Leadership” (2012).

Colin Powell was a married man who had only been married once. Alma Johson was his first wife, with whom he was married from 1962 until his death in 2021. The couple had been married for 58 years and had three children: a son and two daughters.

His son, Michael Powell, was the Republican chairman of the Federal Communications Commission (FCC) from 2001 to 2005, and his daughters, Annemarie Powell and Linda Powell are both actresses.

Here we are providing the list of favorites of Colin Powell: Some Interesting Facts About Colin Powell