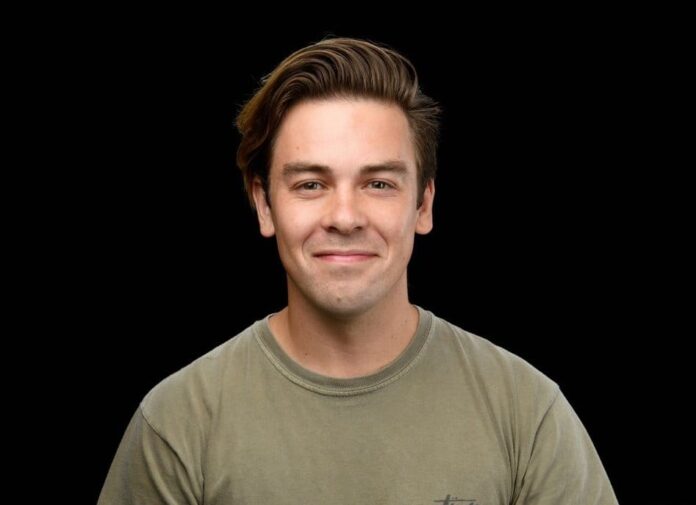 A Canadian Vine sensation and YouTube personality Cody Ko came into the scenario with his # 6-second auditions video on Vine and later managed to earn more than 2.7 million followers on the app. With his small step, he has now also become incredibly popular on YouTube with more than 833k subscribers and over 79 million views.

He was born as Cody Michael Kolodziejzyk on November 20, 1990. He has a decent number of followers on every social media platform. Apart from comedy, he is also inclined towards music and occasionally writes songs and even performs them himself. He also runs a podcast titled ‘Insanely Chill with Cody Ko’ on different platforms.

He possesses a versatile personality and is multi-talented as he was a competitive diver and has even participated in a number of marathons. On a personal note, Cody is a fun and super cool guy who likes to crack jokes and make people laugh.

He has a muscular physique with the body measurement 40 inches chest, 30 inches waist, and 35 waist hips whereas his biceps size are 14 inches. His shoe size is 10 (US) or 43 (UK). He is a handsome hunk with a great sense of humor and a melodious voice.

According to the sources, Cody Ko’s estimated net worth is $1 million USD approximately.

Cody Ko was born in Calgary, Alberta, Canada, to Greg and Helen Kolodziejzyk who were entrepreneurs in a software business. He has also featured his sister named Krista often in his YouTube videos.

He went to Springbank Community High School for his elementary education. For further studies, he attended Duke University in North Carolina and graduated with a BA in Computer Science.

On May 29, 2014, Cody Ko created his YouTube channel and uploaded his vlogs concerning his personal life. He included videos like ‘BEST FRIENDS Q&A — CODY AND DEVON’, ‘I did cocaine with the pope’, ‘Farting in a wetsuit’, ‘Getting drunk at vidcon’ and ‘Behind the scenes of camp unplug,’ which were much appreciated by the audience.

Later, he came out with a different concept and shared the videos titled ‘DOING STANDUP COMEDY’ and ‘SNAPCHAT SPECTACLES REVIEW’. He also began posting videos featuring his commentary on funny things on Instagram. The videos titled ‘Instagram comedians’, ‘Esteban is the worst thing to happen to Instagram’ and ‘Weird Instagram Comments w/ Corinna Kopf’ which were liked and appreciated by his viewers.

He uploaded more humorous content and uploaded the videos like ‘WEIRD INSTAGRAM COMMENTS: Emily Ratajkowski (emrata)’, ‘Dogs on Instagram’, ‘THAT’S CRINGE: Valentine’s Day Edition’, and ‘Making fun of your art’. All of his videos on different platforms have hundreds of thousands of views as well as numerous likes and comments on them.

In a short span, he has earned massive popularity across the popularity through different mediums. With his funny videos, witty commentaries, and charming personality, he will eventually become even more famous in the coming future.

Currently, he is in a relationship with Kelsey Kreppel (alias Taco Tuesday Girl) who is also a YouTube personality. Both of them are often seen collaborating in their videos.

Here we are providing you the list of Cody Ko’s favorite things. Some Interesting Facts About Cody Ko