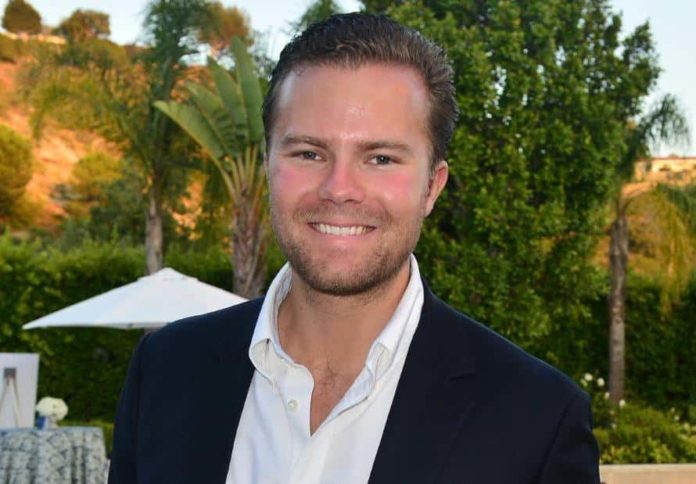 If we attack our problems with determination, we shall succeed, this line has been very well proved by Cody Gifford who is an American professional TV personality, TV producer, and screenwriter. Moreover, he is eminently known for being the son of Hall of Fame inducted footballer, Frank Gifford, and of an American actress, Kathie Lee Gifford.

Besides this, he also gathered huge popularity as the founder of Gifford Media Group which produces film, television, and news media.

He maintains himself very fit and healthy with a weight of 71 in kilograms and 157 lbs in pounds. Moreover, he is very conscious about his physique and follows a regular and healthy diet in order to keep himself fit as a fiddle.

This eminent star, Cody earns a very decent amount of money through his professional career in the field of entertainment. According to the sources, Gifford’s estimated net worth is $4 million approximately. Moreover, through his earnings, Gifford lives a very luxurious lifestyle with his earnings.

Born and grew up in Greenwich, Connecticut, United States, Cody belongs to the white ethnicity. He is the loving and caring son of Frank Gifford (father) and Kathie Lee Gifford (mother).

His mother, Kathie is an American actress and host who is well-known for being the host on the talk show “Live! with Regis and Kathie Lee” from 1985-2000 while his father, Frank was an actor and former professional American footballer who got inducted into the Pro Football Hall of Fame in 1977.

However, his father, Frank passed away on August 9, 2015, at the age of 84 from natural causes. Moreover, he grew up with his younger sister, Cassidy Erin Gifford who is also an American actress. Apart from that, Cody also has three older siblings Kyle, Jeff, and Victoria from his father’s previous marriages.

As of his education, Gifford was admitted to the University of Southern California and became graduated with a degree in Cinematic Arts. In fact, he also played Division I football while in the University. Later, he also enrolled at Oxford University. He also used to contribute to the University’s oldest weekly newspaper, Cherwell.

Moving towards his career, Cody took the first step towards his career in the year 2010 by working as a script reader at Ridley Scott’s Scott Free Productions. Later, he served as a writer’s assistant for a Twentieth Century Fox.

Moreover, Gifford also made his appearance on his mother’s last day on the live talk show “Live! with Regis and Kathie Lee” with his lovely sister, Cassidy. Besides this, Cody first got appeared in the movie “Model Behaviour” alongside his mother.

Furthermore, this versatile personality decided to be in the film industry working behind the cameras rather than in front of the camera. So, he started his own production company “Gifford Media Group” which is a production company that has produced recognizable brands that includes Warner Bros film, HBO films, and The Hallmark Channel.

Other than this, Cody is also working as a professional screenwriter who has been represented by the Agency for the Performing Arts in Beverly Hills. In fact, his work has been featured on The Black List. In addition to this, he made an appearance on the TV show “Celebrity Family Feud” along with his family on 25th September 2020.

Talking about his relationship status, Cody is a married man who is married to his long-time girlfriend, Erika Brown. Moreover, Brown is a renowned actress who is well-known for her role in the movie “Secret Life of Boys”.

This lovely couple started dating each other in 2013 and they got engaged in May 2019. Thereafter, the duo tied the sacred knot of marriage on September 5, 2020, in a secret private ceremony considering COVID-19 rules and regulations. As of now, he is living a happy and blissful life with his family in Greenwich.

Here we are providing the list of favorites of Cody Gifford: Some Interesting Facts About Cody Gifford