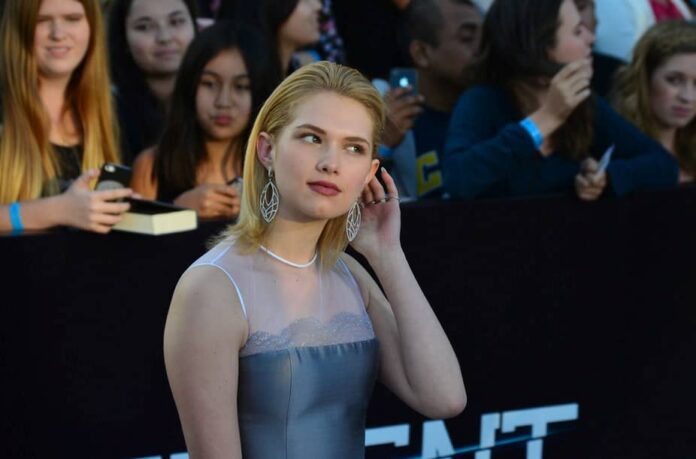 Claudia Lee Is an American singer and actress who is popularly known for her role Magnolia Breeland on the CW comedy-drama series Hart of Dixie. She has done many popular movies like The Outcasts, Kick-Ass 2, and many more.

She is also a great singer who gave her song in the second episode of the second season of Hart of Dixie. In 2013 She published her first country album named “Here Right Now.”

Born on 20th June 1996 in West Lafayette, Indiana. Claudia Lee is currently 26 years old. She appears to be tall and slim but has a perfect body figure as well. Her body figure measurements are 33-25-35.

Claudia Lee wears number 7 in the shoe size. Claudia’s height measures 5 feet 7 inches and her weight is 54 kg approximately. Claudia also looks quite beautiful with her short and curly blonde colored hair and her eyes of brown color.

It is no surprise that Claudia like an established actress has no shortage of money in Hollywood. She earns a huge amount of money and lives a lavish lifestyle. She has established her acting career successfully.

She has showcased in various movies and TV series through which she earned a good amount of money. The total net worth estimated for Claudia Lee is $2million as of now.

Claudia was brought into a Polish-American family along with her older brother. Her father is KlaudiusMirkowski who runs his business while her mother Denise Mirkowski is a housewife.

In 2009 Claudia along with her mother shifted to Los Angeles in order to pursue her career in acting and to take acting classes also. At the age of 3 she started learning dance and piano at the age of 10. She has also joined the School of Creative and Performing Arts in order to learn acting.

In 2010 She made her acting debut in a commercial. She acted along with Zachary Levi in ComCastTV commercial and after that she acted in a short movie called Circus Girl. After that she got her major breakthrough with the roles of television series Zeke and Luther and Hart of Dixie which helped her to gain fame and become a famous personality in Hollywood.

After that She got Universal studies movie Kick-Ass 2 that was released in August 2013. Claudia played the role of Brooke, a character that was first introduced in the Hit-Girl comic book series.

Claudie Lee has been in a relationship with Jayson Blair. She previously linked with actor Garrett Clayton. Some Interesting Facts About Claudia Lee