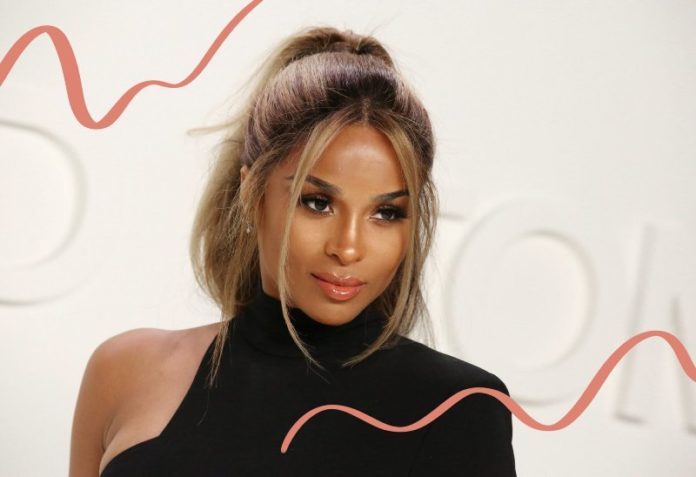 Singer-Songwriters are a precious gift to the world, they create music that speaks to our hearts, our soul, and our whole being, this line has been very well proved by ‘Ciara Princess Harris’ professionally known as ‘Ciara’ an American singer, record producer, songwriter, and actress.

She came to the limelight and gained huge public attention after the release of her debut song and album, both titled Goodies. During her teens, she became part of the girl group Hearsay but embarked on a solo music career when the group disbanded.

Her debut single and album Goodies became a sensational hit commercially and critically which earned her two Grammy Award nominations.

Her beauty is enhanced by her dark brown eyes and black hair. She is very conscious about her health and maintains her figure with the measurement of 34 inches breast, 24 inches waist, and 35 inches hips.

She earns an impressive amount of money and fame through her profession as a singer and model and her estimated net worth is said to be $25 million.

Ciara was born and raised in Austin, Texas, U.S., and belongs to mixed ethnicity. She is born to her father Carlton Harris and her mother Jackie Harris. As for her education, she completed her schooling at Riverdale High School. Therefore, she didn’t reveal any further information with regard to her education.

As of her career, she started her career after her graduation by signing a contract with LaFace Records. LaFace Records released her debut single Goodies on June 8th, 2004. Her song received appreciation from the critics and it was the first time since 1977 that a female singer had achieved such a feat.

Moreover, this song also topped US Hot R&B/Hip-Hop Singles & Tracks chart. Her debut studio album Goodies was released through Sho’nuff Records and LaFace Records on September 28th, 2004 and the album was a commercial success after debuting at #3 on the US Billboard 200 chart.

This album comprised other singles like, namely 1, 2 Step, Oh, and And I. After that, she featured in the hit single Lose Control along with Fatman Scoop which was released on May 27th, 2005. She also won Grammy Award for Best Short Form Music Video in 2006 for this song.

In 2006, she stepped into the world of acting with the sport/drama film All You’ve Got. After that, she appeared in other films like I Want to Sing!, That’s My Boy, and Mama. On December 5th, 2006, her second studio album Ciara: The Evolution was released and this album top the US Billboard 200 chart as well as the U.S. Billboard Top R&B/Hip-Hop Albums chart.

Some of her headlining tours include the Jay-Z & Ciara Live concert tour with Jay-Z, Screamfest ’07 with T.I., and the Jackie Tour in 2015. She released her third studio album Fantasy Ride in May 2009 which debuted at #3 on US Billboard 200. This album is the first album to reach the top ten of the UK Albums Chart.

She earned a Grammy Award nomination under the Best Pop Collaboration for the song Love Sex Magic which also featured American famous singer Justin Timberlake. In 2009, she entered the television industry with the American reality television series America’s Next Top Model.

After that, she also appeared in other series such as Idols South Africa, Nicky, Ricky, Dicky & Dawn, I Can Do Tha, and The Game. In 2009, she appeared on several magazines cover. In 2010, she released her fourth studio album Basic Instinct which met with little success. After this, she signed a new record deal with Epic Records next year.

In 2016, she co-hosted the Billboard Music Awards with actor Ludacris. On May 10th, 2019, she released her seventh studio album Beauty Marks which debuted at number 87 on the US Billboard 200 chart. This album includes singles like Dose, Greatest Love, Level Up, Freak Me, and Thinkin Bout You.

Reflecting on her personal life, she is a married woman who tied the marriage knot with Russell Wilson who is an American football quarterback player by profession. The couple has been blessed with a daughter Sienna Princess Wilson and a son Win Harrison Wilson. She also has a son named Future with her previous boyfriend named Future.

Here we are providing the list of favorites of Ciara: Some Interesting Facts About Ciara