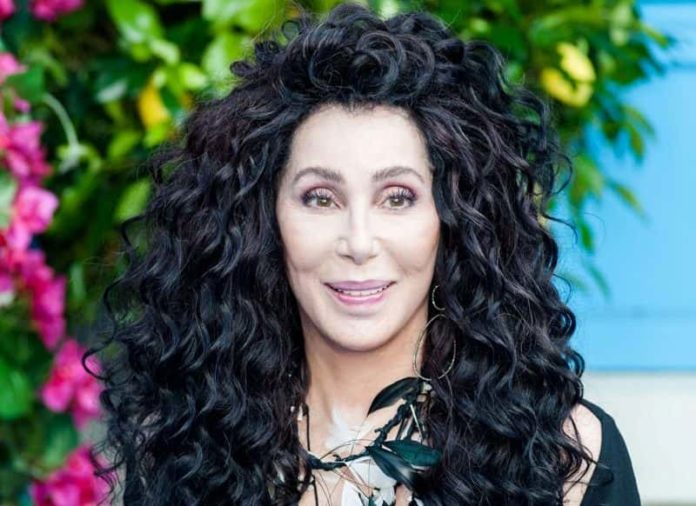 If we said that Beauty is being the best possible version of yourself and this line is well proved by ‘Cherilyn Sarkisian’, renowned with the named ‘Cher’ is an American singer and actress. She is often referred to as the Goddess of Pop. She rose to splendid fame and got huge popularity as one-half of the folk-rock husband-wife duo Sonny & Cher.

She is well recognized for her distinctive contralto singing voice. During her six-decade-long career, she has been worked in numerous areas of entertainment. By selling 100 million records worldwide to date, she is included in one of the best-selling music artists of all time. Despite this, she is also famous for her social activism, political views, and philanthropic endeavors.

Her body is complemented by her beautiful hazel eyes and her silky long black hair. Her figure measurements are 36 inches breast, 26 inches waist, and 36 inches hips.

She earns a decent amount of money by endorsing numerous brands and has starred health, beauty, and diet products. Her net worth is estimated to be roughly $360 million.

Cher was born and raised up in El Centro, California, United States, and belongs to white Caucasian ethnicity. She is born to her father John Sarkisian and her mother Georgia Holt. Her parents got separated when she was just 10 months old.

She also has a half-sister named Georganne LaPiere. As for her education, she was bright and creative in her Montclair College Preparatory School but she dropped out of school at the age of 16.

As of her career, she started her career after working as a dancer in small clubs where she met performer Sonny Bono in November 1962. She worked with record producer Phil Spector who produced her first single, “Ringo, I Love You” which proved out to be unsuccessful.

Sonny wants Cher to pursue her career as a solo artist but she suffered from stage fright so she encouraged him to perform with her. In late 1964, they both called Caesar and Cleo. Their debut single is “The Letter” and later also released singles like “Love is Strange”, “Do You Wanna Dance?”, and “Let the Good Times Roll”.

In 1965, the couple began calling themselves Sonny & Cher. In 1965, they’re single, “I Got You Babe” reached number one on the American and British charts. In 1964, she pursued her solo career. In 1965, their first album, Look at Us was released, and also released her debut album, All I Really Want to Do in the same year.

To focus on her acting career, she took a hiatus from music around 1982 and returned to music in 1987. She released 5 studio albums, 4 compilation albums, 1 soundtrack album, 2 live albums, 21-singles and sold 40 million records worldwide along with his duo partner Sonny. She released 26 studio albums, 4 soundtrack albums, 9 compilation albums, and 3 live albums.

In 1967, she made her acting debut in Television with the television series, The Man from U.N.C.L.E. In 1965, she made her film debut in a minor film Wild on the Beach. In 1982, she took acting lessons with Lee Strasberg. In 1982, Cher made her Broadway debut in Come Back to the Five and Dime, Jimmy Dean, Jimmy Dean.

Some of her major films are The Witches of Eastwick, Moonstruck, Mermaids, Faithful, Tea with Mussolini, Chastity, Silkwood, Mask, Suspect, Stuck on You, Burlesque, Mamma Mia! Here We Go Again, among others.

Reflecting on her personal life, she got married for the first time to Sonny Bono who is a singer-songwriter, producer, actor, and politician by profession. The couple got married in 1969 and blessed with a child, Chaz Bono who came out as a lesbian at the age of 17. Unfortunately, the couple parted ways and took divorce in June 1975.

She got married to rock musician Gregg Allman on 30 June 1975 after four days after finalizing her divorce from Sonny. But, she filed for divorce because of Allman’s heroin and liquor problems. The couple has been blessed with a baby boy named Elijah Blue.

Unfortunately, the couple separated and took divorce in 1979. Besides this, she is also involved in love affairs with many stars such as David Geffen, Tom Cruise, Ron Duguay, Josh Donen, Val Kilmer, Eric Stoltz, Richie Sambora, Rob Camilletti, among others. Some Interesting Facts About Cher