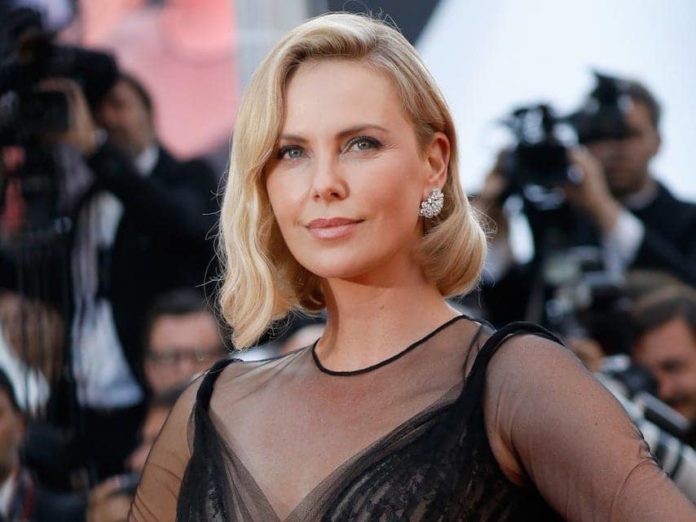 An academy award winner Charlize Theron appreciated for her acting skills and admired her glowing beauty. She rose to fame for her roles in the movies ‘The Devil’s Advocate’, ‘The Cider House Rules’, and the critically acclaimed ‘Monster’.

This most beautiful Hollywood actress gladly took on the unglamorous role of playing a serial killer in the movie ‘Monster’ which won her several awards and accolades including the Academy Award.

Even after having a difficult childhood, her mother encouraged her to move to the United States and pursue her dreams of becoming an actress. She is a soft-hearted person, who is involved in various philanthropic activities.

Charlize Theron weighs 55 kg and 121 lbs in pounds. She has a model-like figure with a height of 170 cm or in feet inches 5’9”. She has an expressive face with dark brown hair and green eyes. She will turn 47 years old. Her body measurement is as follows 36 inches chest, 26 inches waist, and 36 inches hips.

According to the sources, Charlize Theron’s estimated net worth is $120 million approximately.

Charlize Theron was born in Benoni, South Africa to Gerda and Charles Theron. She lived a difficult childhood because of her drunkard father who was killed by her mother in self-defense. She attended the Putfontein Primary School for elementary education and later went to the National School of the Arts in Johannesburg.

Since childhood, she was artistically inclined and loved to dance. She won a modeling contract as a teenager and her mother supported her for her interests. In 2012, she adopted a son and named him Jackson Theron. Later in 2015, she adopted a daughter and named her August Theron.

After completing her modeling contracts, she moved to Los Angeles at the age of 19. In 1995, she landed in her first film role which was a non-speaking role in the direct-to-video film, ‘Children of the Corn III’. In 1997, she appeared n the mystery thriller, ‘The Devil’s Advocate’ which was based on Andrew Neiderman’s novel.

She played the role of Candy Kendall in the film adaptation of ‘The Cider House Rules’ which won two Academy Awards. In 2004, she appeared in the Life and Death of Peter Sellers’ which was a movie about the life of the English comedian Peter sellers.

She was starred in the drama film, ‘North Country’ and portrayed the character of a woman who stands up against the rampant sexual harassment. Her brilliant performance earned her nomination for an Academy Award.

Here is the list of Charlize Theron’s favorite things. Some Interesting Facts About Charlize Theron