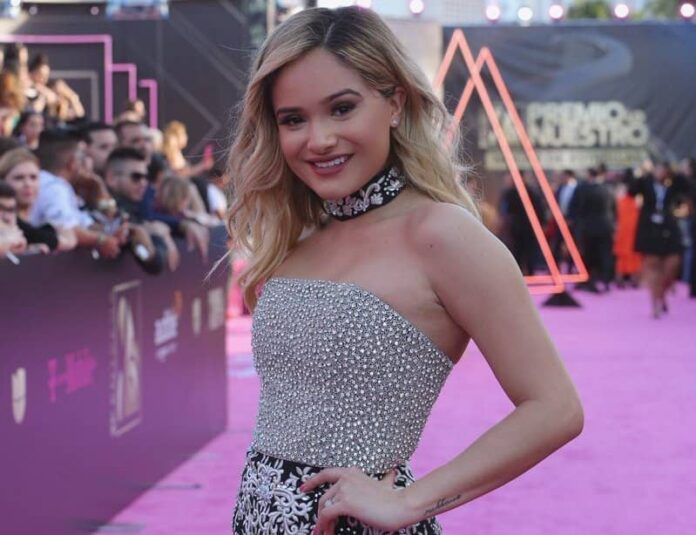 Best known to the American and the world audience as the winner of the sixth season of dance talent hunt show ‘America’s Best Dance Crew’ in the year 2011, Chachi Gonzales is an American choreographer, dancer, YouTuber, and actress. She started taking professional training in dance at the age of 6 and had an inclination towards dancing right from her early days.

She first joined Marvelous Crew as a hip-hop dancer and later in the sixth season of ‘America’s Best Dance Crew’, she went for I.aM.mE where her hip-hop crew emerged as the winners. Across the globe in India, China, Thailand, Germany, Poland, and Spain, she has given dance classes internationally in many countries. With more than a million subscribers, she also has her own YouTube channel.

Born on the 26th of January 1996 Chachi Gonzales has turned 25 years old in the year 2021. As her profession requires it, she has kept herself healthy and fit and has a slim but toned body figure. Her body figure measurements are 34-24-33 and she wears number 5 in the shoe size. Her height measures 5 feet 4 inches and her weight is 51 kg approximately. She also has a beautiful smile which looks even better because of her dark brown eyes and her long and curly dark brown hair as well.

Starting as a dancer Chachi Gonzales has become a global star because of her talent and hard work. Apart from being a dancer, she stepped up and became a choreographer and has been teaching internationally as well. Chachi is also a social media star and has a lot of followers on YouTube. Most of her wealth comes from her dancing, choreography, and acting career and through her social media presence as well. The total net worth estimated for Chachi Gonzales is $700,000 US dollars as of now.

The native of Texas Olivia Irene Gonzales was born and raised in Houston, Texas, United States. She is the daughter of David L. Gonzales and Guadalupe Gonzales and grew up with two brothers and two sisters. She attended the Lanier Middle School but did not opt for any further education after that.

After her initial success with I.aM.mE in ‘America’s Best Dance Crew’, she paid a tribute to Britney Spears when she participated as a backup dancer in 2011’s MTV Video Music Awards. In the Disney dance program ‘Shake Up’ she appeared with her crew in 2012. for the fashion doll line ‘Monster High’ she did dance choreography in 2013.

In ‘The Legend of Darkhorse County’ she made her feature film debut in the year 2014. In the year 2016, she also appeared in the show ‘Make it Pop’. with the name ‘Dotheads by Chachi’, she also has her own line of apparels which is a fairly successful business enterprise.

Talking about the dating life she used to let Josh Leyva from 2014 to 2017 and after her breakup, she started dating Jukka Hildén.

Here we provide you the list of Chachi Gonzales’s favorite things. Some Interesting Facts About Chachi Gonzales