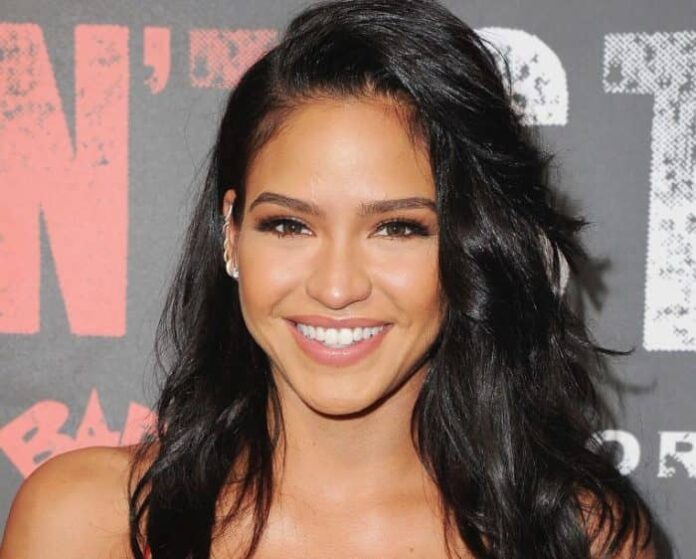 Entering showbiz as a model when she was 14 Casandra Elizabeth Ventura is an American model, actress, dancer, and singer. The ravishing diva is signed to ‘Wilhelmina Models’ and ‘One Management’ and is considered a style icon for her “sophisticated” and “feminine” fashion along with her “edgy style”.

She became the face of the ASOS 2013 spring collection and appeared in magazines like ‘Bust’ and ‘GQ’. She featured in commercials for ‘Adidas’, ‘Abercrombie & Fitch’, and ‘Clean and Clear’. Record producer Ryan Leslie spotted her and helped release her self-titled debut studio album, ‘Cassie’.

Born on the 26th of August 1986 Casandra Elizabeth Ventura will turn 36 years old. She appears to be tall and keeps herself healthy with regular exercise. Her body figure measurements are 34-26-35 and she wears number 6 in the shoe size.

Cassie’s height measures 5 feet 7 inches and their weight is 55 kg approximately. Known for her stylish look she has black colored eyes and the color of her hair is black as well.

Starting as a singer, Cassie has established herself as a model dancer and an upcoming actress in the Hollywood entertainment industry. She has worked hard and has unbeatable talent. Earning most of her wealth through her singing and modeling career she is now rising as a prominent actress. The total net worth estimated for Casandra Elizabeth Ventura is $8 million US dollars as of now.

A native of Connecticut, Casandra Elizabeth Ventura was born and raised in New England, Connecticut, USA. Cassie has chosen not to reveal her father’s name but the name of her mother is Stacy Hobson. She grew up with her brother Rod Ventura. She has studied at Williams school and attended Connecticut College.

At clubs and parties during late 2002, Cassie was discovered by record producer Ryan Leslie. As the first artist of his music-media company, NextSelection Lifestyle Group,’ Leslie signed Cassie in 2005. Written and produced by Leslie, her debut single, ‘Me & U’ was released on April 25, 2006, which stayed in the top forty for around 20 weeks.

It emerged among the biggest records in Atlantic Records’ history and became a club hit in Germany. Leslie’s ‘NextSelection,’ ‘Diddy’s Bad Boy Records,’ and ‘Atlantic Records’ released her self-titled debut album, ‘Cassie,’ on August 8, 2006, which remained on the chart for 13 weeks.

In July 2009, Cassie announced ‘Electro Love’ as her second album. Soundtrack album of ‘Step up 2: The Streets’ included the lead single, ‘Is It You,’ which was sung by her. she had signed a new record deal with American major record label, ‘Interscope Records’ in 2009. for the single, ‘The Boys,’ she collaborated with Nicki Minaj.

Through Bad Boy Records on April 11, 2013, she released her first mixtape, ‘RockaByeBaby’. She has starred as Melea Martin in Woodruff film ‘Honey 3: Dare to Dance’ and also in the film ‘The Perfect Match’.

Talking about her dating life she is currently dating Alex Fine and this is her third relationship.

Here we provide you the list of Cassie Ventura’s favorite things. Some Interesting Facts About Cassie Ventura