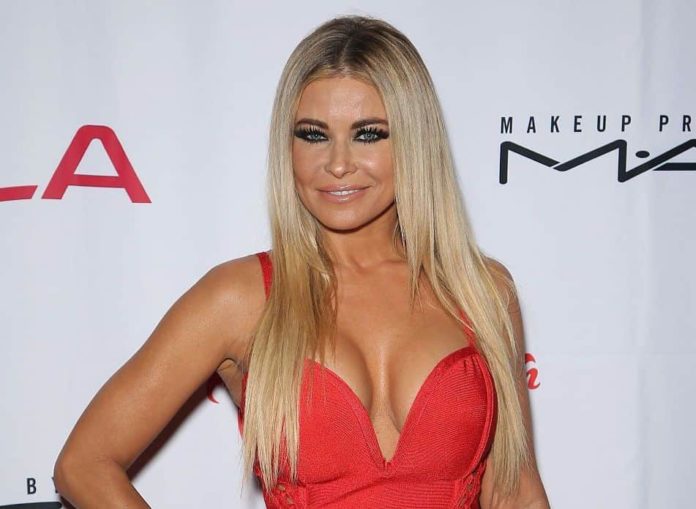 The Baywatch girl, Tara Leigh Patrick, better known as Carmen Electra is an American model, actress, singer, television personality, dancer, and author. She is better known for playing the role of Lani McKenzie in the television drama series, “Baywatch” from 1997 to 1998.

She established herself a place in the glamour world of modeling by her numerous appearances in Playboy magazines. Her beauty captures the audience’s heart and soul and her beauty combines with a wonderful soul. She has achieved so much in her career at such a young age and still striving to accomplish her career goals.

This stunning beauty Carmen Electra seems tall with a height of 157 centimeters and 5’2” in feet & inches. Born on, April 20, 1972, this beautiful Diva has turned 50 years old. She possesses a healthy and fit figure with a weight of 57 kilograms and 125 lbs in pounds.

Her body shape is Hourglass which is complemented by her beautiful blue eyes and her silky long blonde hair. She is very conscious about her physique and her figure measurements are 37 inches breast, 27 inches waist, and 36 inches hips. Her bra size is 37B and wears a shoe of size 8 (US).

She has quite great earnings from her professional career as an actress, model, and singer and has managed to amass a million worth fortune from her several films, and shows. Carmen has a well-maintained net worth which is estimated to be around $15 million.

Carmen was born and raised up in Sharonville, Ohio, the United States, and belongs of Dutch, English, German, and Irish descent. She is the lovely daughter of her father Harry Patrick is a guitarist and entertainer and her mother Patricia was a singer.

Her mother died of brain cancer in August 1998. She completed her schooling at Ann Weigel Elementary School and further enrolled at Barbizon Modeling and Acting School in Cincinnati to complete her acting classes.

She started her professional career as a dancer in the show, “It’s Magic” in 1990. Next, she signed a recording contract with his Paisley Park Records in 1991. In 1993, she made her music debut after the release of her self-titled debut album, “Carmen Electra”.

She started her career as a model in 1996 when she was featured in a nude pictorial in Playboy magazine. Then, she featured in a popular television series, “Baywatch” as a replacement for Pamela Anderson. From 1997-1999, she hosts MTV’s dating game show, “Singled Out”.

In 1997, she made her big-screen debut in the comedy-horror, “American Vampire” and in the same year she appeared in the comedy film, “Good Burger”. She signed as the spokesmodel for Ritz Camera Centers in 2007. She also released a book “How to Be Sexy” in 2007.

However, she featured in many movies such as “Starsky & Hutch”, “Epic Movie”, “Cheaper by the Dozen 2” “Meet the Spartans”, “Bedtime Stories”, “Scary Movie”, and “Disaster Movie”. Later, she appeared as a guest judge in “Britain’s Got Talent” in 2012. She hosted Corona Game Day in 2020.

Unfortunately, after 3 years they announced their separation and filed divorce on August 10, 2006. It was announced that Electra was engaged to Rob Patterson in April 2008 but they never got married. She was also rumored to be in a relationship with Simon Cowell. 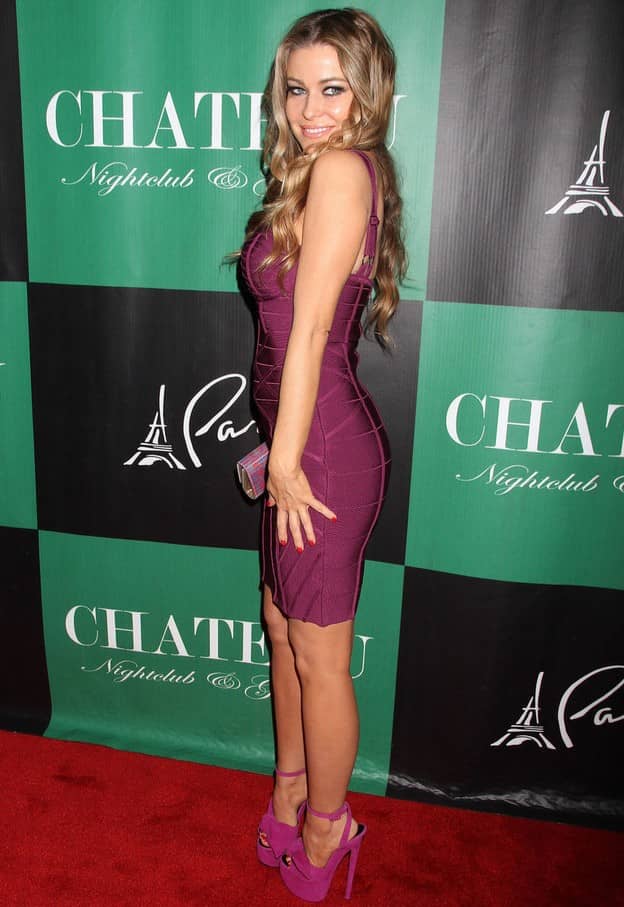 Some Interesting Facts About Carmen Electra