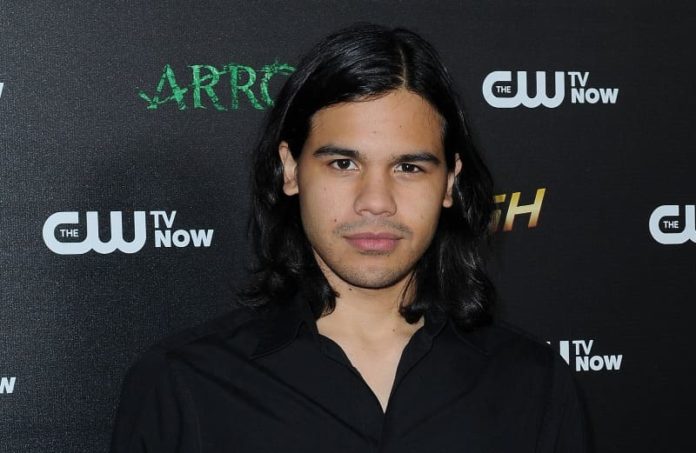 The backbone of success is hard work, good planning, determination, and perseverance, this line has been very well proved by Carlos David Valdes who is a Colombian American actor and singer.

Moreover, he rose to huge fame for his role as Cisco Ramon/Vibe on The CW television series, The Flash, and other Arrowverse-related projects. Besides this, Carlos has captured the heart of millions of people through his outstanding acting and singing.

Born on 20 April 1989, this handsome actor turned 33 years old. He seems enough tall with his height which is 170 centimeters and 5’7” in feet & inches. He maintains himself very fit and healthy with a weight of 67 kilograms and 148 lbs in pounds.

This handsome hunk, Carlos gathers a very handsome amount of money through her professional career in the entertainment industry. According to the sources, his estimated net worth is $1 million approximately.

This talented personality played the bass for A Very Potter Musical and was featured on the track “A Thousand and One Nights (Pop Version)”. In the year 2011, he graduated with a Bachelor’s degree in Fine Arts (Musical Theater) from Michigan.

Moreover, Carlos became entirely devoted to theatre after graduating in 2011. In fact, he also participated in theatrical productions like The Wedding Singer and High School Musical between 2009 and 2011.

This versatile man also played the role of Andrej in the musical Once from March 2013 to March 2014 in which he performed on guitar, piano, bass, ukulele, and percussion.

Moving towards his career, Carlos took the first step towards his career in the year 2014 by making his television debut as Cisco Ramon/Vibe with the American series Arrow. After that, he got appeared in one of the main roles in The Flash in which he starred from its first season to its seventh season.

Later, Valdes got the opportunity to reprise his role in several other Arrowverse projects, Supergirl, Legends of Tomorrow, and Freedom Fighters: The Ray. Furthermore, Carlos got the recurring role of Dr. Henry Edwards in Wayward Guide for the Untrained Eye in the year 2020.

Apart from that, as a singer, he has released his EP, Night Off in the year 2015 under his music pseudonym Tha Los. In fact, he also voiced the character, Cisco Ramon, in the animated web series Vixen in June 2015. Besides this, he has also portrayed the character of ‘Lady Passerby’ in the short film ‘Tom and Grant’ in the year 2018.

The Colombian actor Carlos always keeps his personal life away from the limelight so he never revealed any information about his relationship status.

Here we are providing the list of favorites of Carlos Valdes: Some Interesting Facts About Carlos Valdes