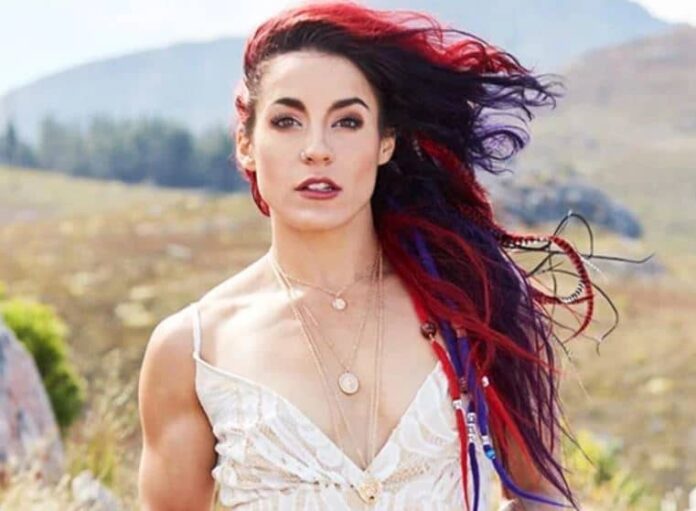 The name of Cara Maria should ring a bell to anyone familiar with television reality shows, the winner of The Challenge in 2017 Cara Maria Sorbello is a Fitness Trainer, Television Personality and a celebrity from the United States of America.

Although the reality show star has been in the news for a few controversies, her victory was a remarkable moment in her career as it spun her to fame. Owing to her popularity, this well-known television personality has been featured in other seasons of the show as well. Apart from her TV fame, she has been trained in multiple sports and currently practices as a Fitness Trainer.

Born on the 12th of May 1986 Cara Maria Sorbello is currently 36 years old. She has a stunning and muscular body figure. Her body figure measurements include her breasts which are 34 inches, her waist which is 26 inches, and her hips which are 35 inches, she wears number 9 in the shoe size.

Her height measures 5 feet 9.5 inches and her weight is 55 kg approximately. She has brown colored eyes and the color of her hair is dark brown.

Cara Maria Sorbello became a star as soon as she started to appear in the MTV show called The Challenge. Most of the wealth that she has on so far comes from her appearance as a television personality and her work as a fitness trainer. The total net worth estimated for Cara Maria Sorbello is $1.5 million US dollars as of now.

A native of Massachusetts Cara Maria Sorbello was born and raised in Boston, Massachusetts, United States of America. She has been quite private when it comes to her personal life and has not shared details about her parents or siblings. She has also not shared her educational details but it is known that she has completed her High school graduation.

The winner of the MTV’S reality show called The Challenge: Vendettas season 31, people know Cara Maria Sorbello as one of the toughest participants in the show ever. Because of her increased popularity, Cara has appeared on another MTV show spinoff titled The Challenge: Champs vs Stars as well.

Through her appearance on The Challenge: Final Reckoning, Cara received a lot of media attention, even more than what she received through her previous appearances. She took her first step on the showbiz from another reality show even though she was famous for the MTV reality show.

Cara Maria Sorbello has been dating her boyfriend Paulie Calafiore as of now and has previously dated Abram Boise.

Here we provide you the list of Cara Maria Sorbello’s favorite things.