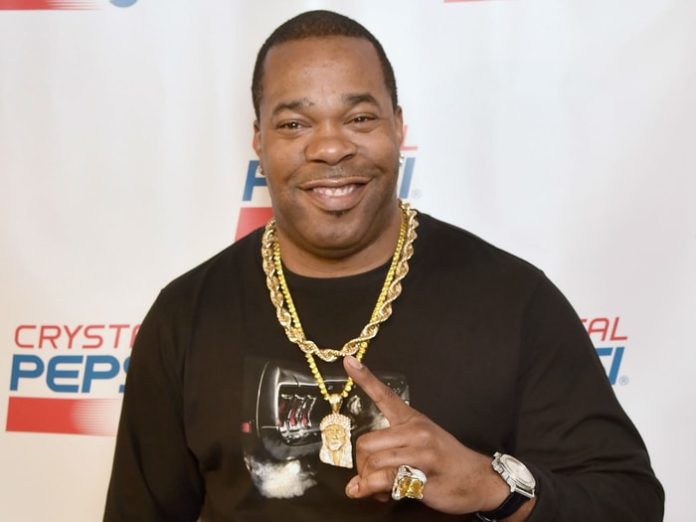 The backbone of success is hard work and determination, this line has been very well proved by Busta Rhymes who is an American rapper, musician, singer, record producer, record executive, and actor. Moreover, he is widely known for his intricate and high-speed rhyming technique along with his outlandish style and fashion sense.

Besides this, Rhymes gathered huge popularity for his debut album, “The Coming”(1996) including the hit song “Woo Hah!! Got You All in Check”. This handsome personality has won several awards including 12 Grammy Awards nominations, a Billboard R&B/Hip-Hop Awards, and 6 BET Hip Hop Awards.

He maintains himself very fit and healthy with a weight of 98 kilograms and 216 lbs in pounds. Moreover, he is very conscious about his physique and follows a regular and healthy diet in order to keep himself fit as a fiddle.

With this eminent personality, Busta earns a very decent amount of net worth through his professional career as a rapper, musician, and record producer.

He has managed to amass a healthy fortune from his several music albums, songs, and tours has been working in this field for over 25 years. According to the sources, Busta’s estimated net worth is $20 million approximately.

Born and grew up in Brooklyn, New York City, New York, United States, Busta belongs to the African-American ethnicity. He was born to Trevor Smith Sr(father) and Geraldine Green(mother). Both of his parents hail from Jamaica and later moved to the US.

Moreover, Rhymes grew up along with his brother named Paul Smith. At the age of 12, Busta moved to Uniondale, Long Island, and then moved to the United Kingdom, before returning back to the United States.

As of his education, he studied at George Westinghouse Career and Technical Education High School in Brooklyn where he met future rappers such as Jay Z and The Notorious B.I.G. After that, he attended Samuel J. Tilden High School where he met Special Ed and Chip Fu of Fu-Schnickens.

Furthermore, in the year 1991, Rhymes graduated from Uniondale High School at the age of 19.

Moreover, Busta gathered huge popularity from his advanced rhymes as well as his unique style that was not common of many New York rap artists at the time. However, some internal issues arose because of his increasing popularity, and the group broke up on the set of Yo! MTV Raps.

Later, on March 26, 1996, he released his debut solo album titled “The Coming” which turned to be a hit album that got much recognition with the hit single, “Woo Hah!! Got You All in Check”. After that, his second album, “When Disaster Strikes” was released on September 16, 1997, including the hit singles “Fire It Up” and “Put Your Hands Where My Eyes Could See”.

On December 15, 1998, his third album, “Extinction Level Event (Final World Front)” was released and the album’s lead single “Gimme Some More” reached No. 6 in the UK singles chart in the year 1999. Furthermore, Busta recorded his final album for Elektra, and the fourth album entitled “Anarchy” in the year 2000.

After he got signed to J Records, he released the greatest hits collection “Total Devastation: The Best of Busta Rhymes”. Thereafter, on November 27, 2001, his fifth album, “Genesis” was released which included hit singles like “Break Ya Neck”, “What It Is” and “Pass the Courvoisier, Part II”.

This album also debuted at No. 5 on the Billboard 200 with singles including “World Go Round”, “Arab Money”. However, the United Arab Emirates (UAE) has banned the album due to controversial content. Later, Busta formed his new label “The Conglomerate Entertainment” in the year 2010.

In the following year, he also performed vocals on the single, “Worldwide Choppers”. In the year 2011, he recorded “Look at Me Now” with Lil Wayne and Chris Brown. He also got the opportunity to be featured in Canadian star, Justin Bieber‘s song called “Drummer Boy”.

After that, it was announced on November 16, 2011, that Rhymes signed to Cash Money Records. On August 21, 2012, his ninth studio album, “Year of the Dragon”, was released for free on Google Play. In addition to this, a music video for the track “Doin’ It Again” was also released by him in order to pay tribute to his manager, Chris Lighty who committed suicide in 2012.

Moreover, the members The Conglomerate Entertainment, Rhymes along with Reek da Villan and J. Doe released their first collective mixtape titled “Catastrophic”. Later, the first single off his Cash Money Records debut, “Twerk It” was released on June 6, 2013.

However, Busta announced on July 23, 2014, that he left Cash Money Records due to creative differences. Further, he released “Thank You”, a song featuring Kanye West, Q-Tip, and Lil Wayne on November 7, 2013. Thereafter, he released a new single “Get It” featuring Kelly Rowland and Missy Elliott through Epic Records on February 2, 2018.

On Wednesday, June 17, 2020, Busta’s latest collaborated song, “Stay Down” got leaked online which was from Busta’s days at Cash Money. In the year 2020, he also made his appearance on season 4 of The Masked Singer as the “Dragon”.

However, he got eliminated in the first episode. After that, Rhymes released his album Extinction Level Event 2: The Wrath of God, featuring Rakim, Q-Tip, Kendrick Lamar, and Mary J. Blige on October 30, 2020.

Talking about his relationship status, Busta was in a romantic relationship with his longtime girlfriend Joanne Wood. The duo started dating each other while they were just high school kids. Moreover, Wood is even the mother of Rhyme’s 4 children, a daughter, Mariah (b. 1998), and 3 sons, T’Ziah (b. 1993), T’Khi (b. 1999), and Trillian (b. 2001).

However, their relation couldn’t last long and came to an end with much controversy as they even entered a custody battle in the early-2000s. However, Busta won the battle while Joanne came out as a lesbian.

Other than this, Rhymes has also dated other beautiful ladies including Eden Har’el (1998) and Karrine Steffans (2001). In fact, he also has two lovely daughters named Miracle and Cacie from his secret relationships.

Here we are providing the list of favorites of Busta Rhymes: Some Interesting Facts About Busta Rhymes