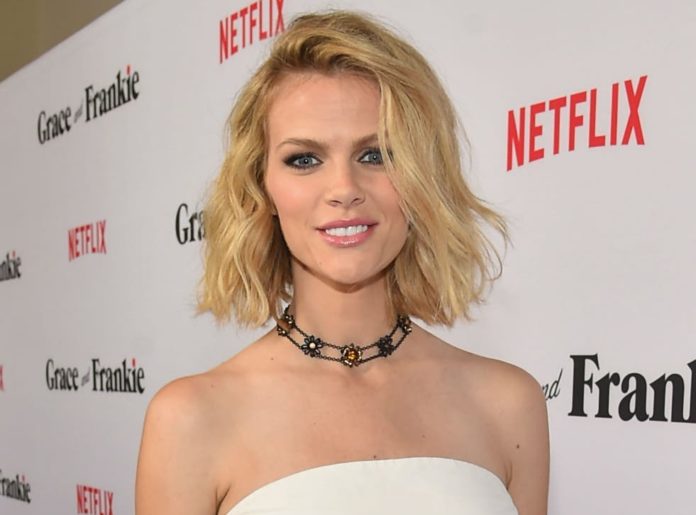 The secret of modeling is not being perfect. What one needs is a face that people can identify in a second, this line is very well proved by Brooklyn Danielle Decker Roddick popularly known as Brooklyn Decker is an American model and actress.

Apart from that, she is widely known for her appearances in the Sports Illustrated Swimsuit Issue. Moreover, she also gained huge popularity as the recipient of the Teen Choice Movie Breakout: Female Award for her work in the 2011 romantic comedy film, Just Go with It.

Her beauty is enhanced by her blue eyes and blonde hair. she is very conscious about her health and maintains her figure with the measurement of 36 inches breast, 24 inches waist, and 34 inches hips. Her bra size is 36D while her shoe size is 8.5 (US).

The estimated net worth of Swimsuit Illustrated popular model, Brooklyn is $10 million approximately. She has accumulated most of her fortune working via modeling and acting.

She has also endorsed several brands including Finery, Splenda, and Black Forest USA gummies. Apart from that, she also earns through modeling contracts and working in television and films.

Born in Kettering, Ohio in the United States, Brooklyn belongs to the white ethnicity. She is the talented and caring daughter of Stephen Decker (father) and Tessa Decker (mother). Her dad is a pacemaker salesman while her mother is a nurse. Apart from that, she grew up with her younger brother named Jordan Decker.

Although she was born in Kettering, she and her family settled in Middletown, Ohio. Later, her family moved to Matthews, North Carolina, a suburb of Charlotte. As for her education, she completed her high school at David W. Butler High School. Other than this, there is not much data available about her educational background.

Brooklyn’s modeling career began when she was first discovered as a teenager in a Charlotte shopping mall. She has been the face of a prom dressmaker, Mauri Simone. In the year 2003, she won the Model of the Year award at the Connections Model and Talent Convention.

Apart from that, she has also featured in pictorials in Teen Vogue, Cosmopolitan, Glamour, and FHM. She has also modeled for The Gap, Victoria’s Secret, and Intimissimi. She has also made her appearance in music videos for 3 Doors Down and Jimmy Buffet. Later in the year 2005, she moved to New York City.

two months after placing herself in New York City, she gave an audition for the Sports Illustrated Swimsuit edition. Moreover, Decker was again featured in the 2007 edition. In the year 2007, she got a recurring feature alongside Paul Zimmerman on the CNN/SI website called, “She Says, Z Says”.

Apart from this, she appeared in the made-for-television Lipshitz Saves the World. It was her television debut in the year 2007. She was also featured in the Sports Illustrated Swimsuit edition for the third consecutive time in 2008. In the same year, she rang the New York Stock Exchange bell with other Sports Illustrated models.

She also got an opportunity to feature as the cover girl in the Sports Illustrated Swimsuit in 2010. In the same year, she also joined the cast of Sports New York. Furthermore, in the year 2010, she won the “Sexiest Woman Alive” bracket challenge by Esquire magazine.

In the year 2011, she was named as one of the “Breakout Stars to Watch for in 2011” by MTV Networks’ NextMovie.com. In the year 2014, she made her appearance in the 2014 American sitcom, Friends with Better Lives. Since 2015, she has been appearing in the American comedy web television series, Grace and Frankie.

Besides this, she has also appeared in many films including Battleship, What to Expect When You’re Expecting, Just Go with It, Results, Stretch, Support the Girls, and Lovesong.

Brooklyn is a married woman. She tied the knot with former American tennis player, Andy Roddick on 17 April 2009. The couple started their affairs in 2007. Later, they got engaged in March 2008. Later, this sweet couple is blessed with 2 children, a son Hank Roddick, and a daughter, Stevie Roddick. At present, she is living a blissful life with her family.

Here we are providing the list of favorites of Brooklyn Decker: 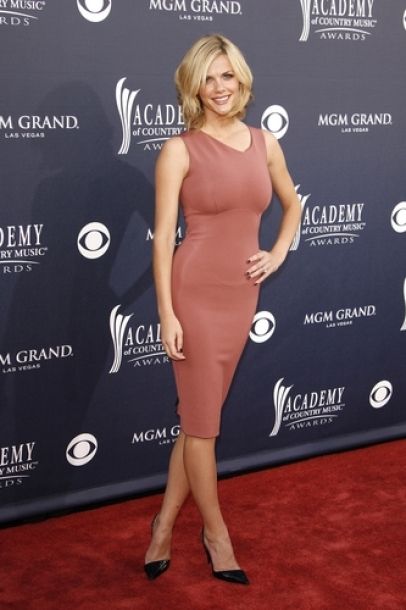 Some Interesting Facts About Brooklyn Decker