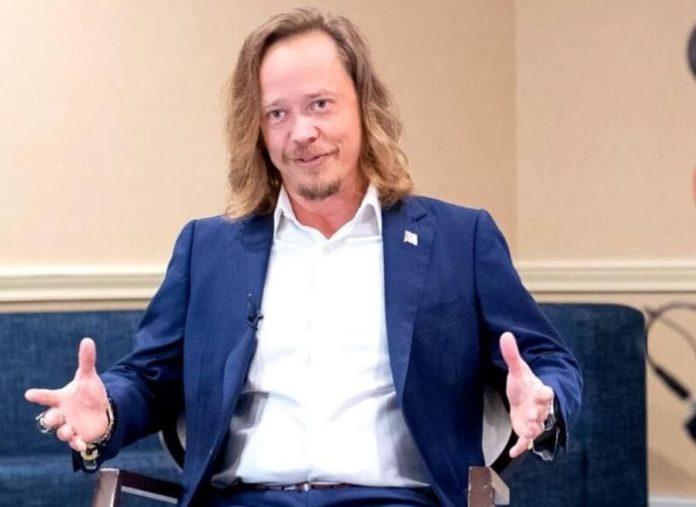 A dream doesn’t turn into reality through magic, it takes hard work, sweat, and determination, this line is very well proved by ‘Brock Pierce’ who is an American entrepreneur, billionaire, and former child actor.

He is well recognized for his involvement in cryptocurrency as well as one of the founders of the cryptocurrency, Tether, founded in 2014. Moreover, in 2014, he became Director of the Bitcoin Foundation.

Moreover, he is very conscious about his physique and follows a regular and healthy diet in order to keep himself fit as a fiddle with the body measurements of 39 inches chest, 32 inches waist, and 13 inches biceps approximately.

He is the co-founder of cryptocurrency Tether, director of the Bitcoin Foundation, and has made his fortune in the crypto industry. He made $250,000 a year at the age of 18. According to Forbes, his net worth was estimated between $700 million and $1.1 billion.

Brock was born and raised up in Minnesota, USA, and belongs to white ethnicity. He is born to his father Jeffrey Pierce who was a builder and his mother Lynette Pierce who was a professional disco dancer. He also has a caring brother Scot Pierce. As for his education, he didn’t reveal any information with regards to his education and educational qualifications.

As of his career, he started his career as a child actor in several commercials. After that, he acted in many movies such as First Kid, Little Big League, Ripper Man, Problem Child 3: Junior iN Love, The Mighty Ducks, D2: The Mighty Ducks, Three Wishes, Earth Minus Zero, and The Ride. At the age of 17, he took retirement from acting.

In October 1999, DEN released IPO for $75 million but it was withdrawn in the wake of allegations of sexual assault against Collins-Rector. After the allegations, all three executives resigned but all charges against Pierce were voluntarily dismissed and in May 2000 a new executive team tried to salvage the company after relaunching it.

In June 2000, DEN filed for bankruptcy and was shut down. In 2001, he founded Internet Gaming Entertainment (IGE) and the company that pioneered the MMORPG currency-selling services industry. Between 2004 and 2005, IGE spent more than $25 million buying out seven smaller competitors.

To seek venture capital, he brought in Steve Bannon and a deal was made in February 2006 yielding $60 million. In 2007, the company faced a class-action lawsuit and he was forced out of the company. In 2003, he also founded ZAM, a net website oriented around massively multiplayer online role-playing games.

In 2010, Titan Gaming recruited Pierce to sit on its board and he became the new CEO of Titan Gaming in 2012. Moreover, Brock was also served as a managing director of the Clearstone Global Gaming Fund. In 2013, he founded venture capital firm, Blockchain Capital (BCC) with brothers Bart and Bradford Stephens.

In May 2014, he was elected Director of the Bitcoin Foundation but the organization announced its insolvency in July 2015. In 2017, he started a conference called Restart Week which was started to encourage entrepreneurs to give back to the community through innovation and philanthropy.

In April 2020, he is also the chairman of the Integro Foundation which raised over $1 million for KN-95 masks. In July 2020, he announced his candidacy for the 2020 US presidency and achieved ballot success in Oklahoma, Arkansas, and Colorado. His presidential campaign is backed up by Akon.

As of his personal life, he is a married man who tied the marriage knot with Crystal Rose who is the CEO of Sensay. The couple has a blockchain-based marriage contract that can be renewed or altered annually.

Here we are providing the list of favorites of Brock Pierce: Some Interesting Facts About Brock Pierce