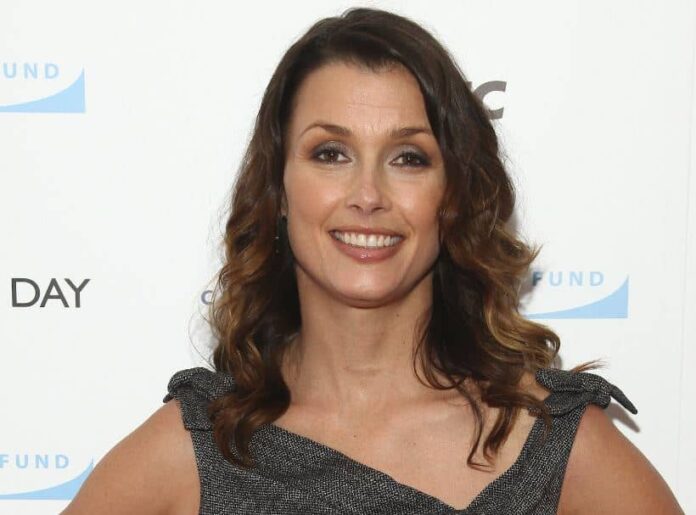 A popular American actress and model Bridget Moynahan began her career in her teens, appearing in several advertisements. In the 1990s, she became a popular cover girl, gracing the covers and pages of well-known magazines like ‘Vogue,’ ‘Elle,’ ‘Shape,’ ‘Glamour,’ and ‘New Woman.’

After working in the modeling world, she started taking acting lessons to enhance her acting skills. For her debut in acting, she landed in a guest role in the famous TV series ‘Sex and the City.’ After some years, she made her big-screen debut and appeared in many blockbuster films, including ‘The Sum of All Fears,’ ‘Coyote Ugly,’ and ‘The Recruit.’

She possesses an attractive personality with her long legs which have always been the ‘talk of the town’ as they help accentuate her sex appeal. She displays impressive confidence while facing the camera is also truly commendable.

Bridget Moynahan weighs 62 kg and 136 lbs in pounds. She is an actress with a versatile personality who is 177 cm or in feet inches 5’9” tall. She looks gorgeous in wavy dark brown hair color and sharp wide hazel color eyes.

She has a slim body with a figure measurement is 34 inches breast, 29 inches waist, and 37 inches hips approximately. She turned 51 years old. Her bra size is 33B whereas her dress size is 5 and her shoe size is 9 (US).

According to the sources, Bridget Moynahan’s estimated net worth is $25 million approximately.

Bridget Moynahan was born as Kathryn Bridget Moynahan on April 28, 1971. She was born to Irish-American parents Mary Bridget who was a school teacher and Edward Bradley Moynahan was a scientist and former administrator at the ‘University of Massachusetts Amherst.’ She was raised along with her two brothers named Sean and Andy.

She was raised spent her childhood in Longmeadow, Massachusetts where she completed her graduation in 1989 from ‘Longmeadow High School.’ After completing her schooling, she started modeling and did several commercials and for further studies, she attended the ‘University of Massachusetts Amherst. To take acting classes, she went to ‘Caymichael Patten Studio,’ New York.

During her teenage, Bridget Moynahan started working as a model and did photoshoots for magazines like ‘Vogue’ and ‘Elle.’ In 1999, she made her television debut in HBO’s ‘Sex and the City and played the role of ‘Natasha Naginsky’.’ The following year, she appeared in small roles in films like ‘Whipped’ and ‘In the Weeds.’

In 2000, she got her big break in the drama film ‘Coyote Ugly which was a comedy film in which she portrayed the character of ‘Rachel,’ a bartender/dancer. In 2001, she next landed in a supporting role as ‘Halley’ in the 2001 film ‘Serendipity.’

Later, she cast in the action film ‘The Sum of All Fears’ alongside Morgan Freeman and Ben Affleck where she played a strong and independent woman in the 2002 film. In 2003, she did the role of a CIA trainee in the thriller film ‘The Recruit.’

She was cast alongside Will Smith in the science-fiction movie ‘I, Robot where she portrayed ‘Dr. Susan Calvin,’ a specialist in robot psychology. Though the film generated mixed reviews, for her it turned out to be the most commercially successful movie.

In 2006, she was cast in the drama series ‘Six Degrees’ which revolved around six residents of New York City and their connections with one another. Apart from Moynahan, the series also starred actors like Erika Christensen, Dorian Missick, Jay Hernandez, Hope Davis, and Campbell Scott.

Here we are providing you the list of Bridget Moynahan’s favorite things. Some Interesting Facts About Bridget Moynahan