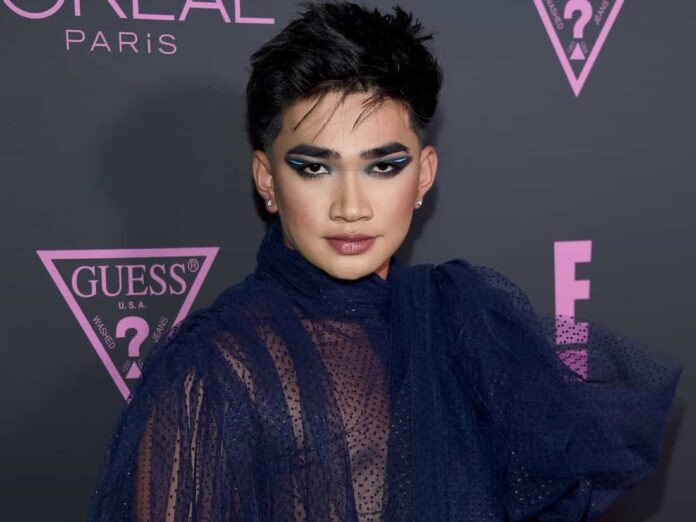 An Instagram star Bretman Rock is breaking all norms for all the right reasons. He is a YouTuber and Viner whose ‘Instagram’ videos are insanely hilarious. His energy levels and sense of humor are his trademarks and no matter how hard you try, once you enter his channel, there is no going back! Along with his humor his eyebrows and contour are always on point, with a hint (maybe more than a hint) of expletives and all things sarcasm! He is no more a teenager as he has a fan base of over 9 million on Instagram.

He has a don’t-care-won’t-care attitude which is why people of all ages and gender take an instant liking for him. His line of makeup tutorials is filled with his overwhelming amount of jokes that will leave you in splits for hours! His on-screen charisma has the power to have you gripped for hours and before you know it, you’ve already hit the ‘Subscribe’ button!

Bretman Rock has an impressive height of 173 cm or 5’8” feet inches whereas he weighs 70 kg and 154 lbs. He will turn 24 years old. He has attractive features with a sharp black color set of eyes and black long hair.

According to the sources, Bretman Rock’s net worth is estimated to be $500,000 US dollars approximately. His monthly earnings ranges from $30K-$55K approximately.

Bretman Rock was born as Bretman Sacayanan on July 31, 1998. He was born in the Philippines and moved to Hawaii with his mother and sister named Princess Mia when his parents got separated.

He attended Campbell High school for elementary education. For further studies, he aspires to study Fashion and Textile Merchandising in California. He also owns a fashion clothing line under his name which makes him an entrepreneur.

Bretman Rock is famous for his flawless eye makeup and contour which has been a big hit with his fans but let’s dig deeper into how he first discovered his talent in all things glam and humor. He grew up in the presence of a lot of women though they weren’t typically the beauty-obsessed kind, he somehow was exposed to beauty and glam from a young age.

A few years later he landed on ‘YouTube’ and found inspiration from the gorgeous albeit cancer-stricken YouTuber, Talia Joy. By following her stop, he chose to step out into the world donning a full makeup face. He also received some hate responses when he realized that this is where his motivation lies—in the midst of haters.

Next, he decided was to step into social media and encourage everyone to embrace the uniqueness no matter what the haters say or think.

He entered the video app ‘Vine’ that changed his life for the better! His videos like ‘I’m Prada you’re nada’, and ‘When I enter the classroom’ have received a lot of appreciation for his sharp sense of humor that definitely separates him from the rest. Not only his Vine videos but his ‘Snapchat’ videos are also found immense love and threw him into the spotlight for his sense of humor.

Here we are providing you the list of Bretman Rock’s favorite things. Some Interesting Facts About Bretman Rock