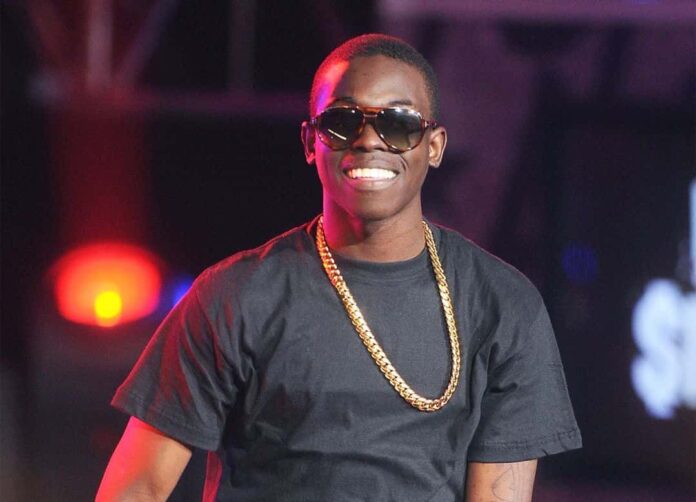 An American rapper and songwriter Bobby Shmurda has gained instant fame after the video of his song ‘Hot Nigga’ went viral. From this video, his ‘Shmoney dance’ became a rage nationwide, which helped him sign a record deal with Epic Records.

Many artists in the music industry, including Juicy J, French Montana, Lil’ Kim, Gunplay, and T.I. Stars like Beyoncé and Jay Z have remixed his song numerous times. They have also made reference to his dance style. Since childhood, he has been receiving several compliments about his talent as an entertainer.

After he gained fame he realized his potential and decided to show his talent in several fields. Since childhood, he wanted to rap, make videos, act in movies and pretty much became the next 50 Cent. Unfortunately, his career came to an abrupt halt when he was arrested on a number of charges and sentenced to 7 years in prison. His lawyer is trying that his sentence will be reduced due to good behavior.

Bobby Shmurda has an impressive height of 170 cm or 5’7” feet inches whereas he weighs 60 kg and 132 lbs. He will turn 28 years old. He has bold features with a sharp black color set of eyes and black tiny hair.

According to the sources, Bobby Shmurda’s estimated net worth is $300,000 US dollars approximately.

Bobby Shmurda was born Ackquille Jean Pollard on August 4, 1994, in Miami, Florida. His father belongs to Trinidad, whereas his mother belongs to Jamaica. He was raised along with his elder brother named Javanese Pollard.

In 1995, his father, Gervase Johnson, was sentenced to life in prison for attempted murder and his mother later relocated to the East Flatbush area of Brooklyn. He had spent a disturbing childhood as he used to be out on the streets most of the time, picking up fights, often with older children.

During his teenage, he suffered from attention deficit disorder (ADD) and would often run out of class, finishing his assignments in a hurry. Since his teenager, Shmurda started making his own “mad” versions of popular songs by 50 Cent and Jay Z. Artists like 2Pac, Biggie, Lil Wayne, Juvenile, and Trick Daddy influenced him toward rapping. He remixed his first song ‘Knuck If You Buck’ by Crime Mob at the age of 10.

Bobby Shmurda began remixing songs at the age of 10 but his career took off in 2014 when he posted the song ‘Hot Nigga’ on YouTube. After listening to Lloyd Banks’ ‘Jackpot’, he got excited to create his own beat. He made a music video in which he included a performance of his trademark ‘Shmoney dance’.

In just 24 hours, the video received over 2,000 and soon a number of Viners started to imitate his steps, which gave him even more exposure. Later, he started performing on stage with Meek Mill, Fabolous, and stars like Yo Gotti and Lil Durk showed interest in working with him.

He also became a part of ‘GS9’, which is a rap group from Brooklyn, New York. In July 2014, the group released a mixtape titled ‘Shmoney Shmurda (Shmixtape)’, which featured the songs of Bobby Shmurda and others. The famous American rapper Jay Z mentioned ‘Shmoney dance’ in one of his songs during his ‘On the Run Tour’.

His wife Beyoncé, also showed some of the dance moves during her performance of ‘Flawless’ on the same tour. At the ESPY Awards ceremony, Canadian rapper Drake used Shmurda’s song in his introduction.

After earning wide exposure, on July 22, 2014, he was signed by Epic Records for a record deal. In November 2014, his debut EP from Epic Records got released titled ‘Shmurda She Wrote’ which contained the lead single ‘Hot Nigga’ and the promotional song ‘Bobby Bitch’.

Here we are providing you the list of Bobby Shmurda’s favorite things. Some Interesting Facts About Bobby Shmurda