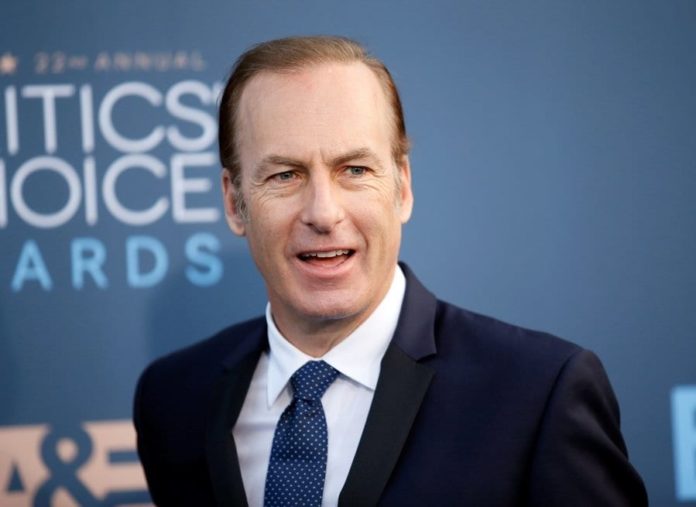 Hard work, dedication, and consistency are the core ingredients in the recipe of success, this line has been very well proved by ‘Robert John Odenkirk’ renowned as ‘Bob Odenkirk’ who is an American actor, comedian, writer, director, and producer. He is well recognized for his role as sketchy lawyer Saul Goodman in the famous television series “Breaking Bad”.

Apart from this, he is more famous as a co-creator of the sketch comedy series “Mr. Show”. From 1987-1991, he worked as a writer for “Saturday Night Live” but ultimately he wanted to be a performer. Moreover, he also directed some movies such as “The Brothers Solomon” and “Melvin Goes to Dinner”.

Born on 22 October 1962, this renowned personality has turned 60 years old. He seems enough tall with his height which is 175 centimeters and 5’9” in feet & inches. He maintains himself very fit and healthy with a weight of 70 kilograms and 154 lbs in pounds.

He has blue color eyes and brown color hair. Moreover, he is very conscious about his physique and follows a regular and healthy diet in order to keep himself fit as a fiddle.

As of 2021, he has a net worth of $16 million and charged a huge $200,000 per episode at the time of shooting “Breaking Bad”. He majorly earns from his actor, comedian, writer, director, and producer profession.

Bob was born and raised in Berwyn, Illinois, U.S., and belongs to mixed ethnicity as he is of German, Irish, Scots-Irish/Northern Irish, and Scottish descent. He is born to his father Walter Odenkirk and his mother Barbara Odenkirk. He also has a brother whose name is Bill Odenkirk.

He has grown up with his 6 siblings whose names are not revealed. As for his education, he completed his schooling at Naperville North High School and later attended the local College of DuPage in Glen Ellyn. After that, he enrolled at Southern Illinois University in Carbondale, Illinois.

Bob Odenkirk began his career as a writer for “Saturday Night Live” in 1987, where he stayed until 1991 when he went on to perform a stage play called “Happy Happy Good Show.” In 1991, he was hired to write for the television show “Get a Life,” and in 1993 and 1994, he worked as a writer for Late Night with Conan O’Brien.

In 1993, he began a regular role as Larry Sanders’ agent, Stevie Grant, on “The Larry Sanders Show,” while his first film appearances were tiny parts in films such as “Wayne’s World 2,” “The Cable Guy,” “Can’t Stop Dancing,” and “Monkeybone.” “Mr. Show,” created by Odenkirk and David Cross, aired on HBO for four seasons.

Bob has also written and produced a number of TV pilots, including “The Big Wide World of Carl Laemke” and “David’s Situation,” although none of them have been picked up for a series. In 2003, he directed and starred in “Melvin Goes to Dinner,” in which he portrayed Keith, and he was also considered for the part of Michael Scott in the pilot episode of “The Office.”

In 2006, Odenkirk directed “Let’s Go to Prison,” and the following year, he directed “The Brothers Solomon.” In 2009, he joined AMC’s “Breaking Bad” cast as unscrupulous lawyer Saul Goodman. In 2011, he executive produced the sketch comedy program “The Birthday Boys” and created and developed “Let’s Do This!” for Adult Swim.

He also plays the main character in “Better Call Saul,” a “Breaking Bad” spinoff. The fourth season was accessible on Netflix as of February 9th, 2020, while the fifth season debuted on AMC on February 23rd, 2020. The program will have a final sixth season, which began filming in February 2020 but was delayed due to COVID-19, and will debut in the first quarter of 2022.

In April 2020, with the conclusion of Better Call Saul insight, Odenkirk co-wrote, produced, and acted in the “Girlfriend’s Day” campaign. He also launched his own production firm Cal-Gold Pictures and got a first-look agreement with Sony Pictures Television.

He received great reviews for his performance in the action film “Nobody” in 2021. In addition, Bob will appear in the anthology “Comedy Comedy Comedy Drama: A Memoir” in 2022.

Bob Odenkirk is a husband and father of two children. In 1997, he was married to Naomi Yomtov. Nathan Odenkirk is their son, and Erin Odenkirk is their daughter. The couple’s relationship has been exceptional up to this point, and they hope it will continue to be so in the future.

Here we are providing the list of favorites of Bob Odenkirk: Some Interesting Facts About Bob Odenkirk