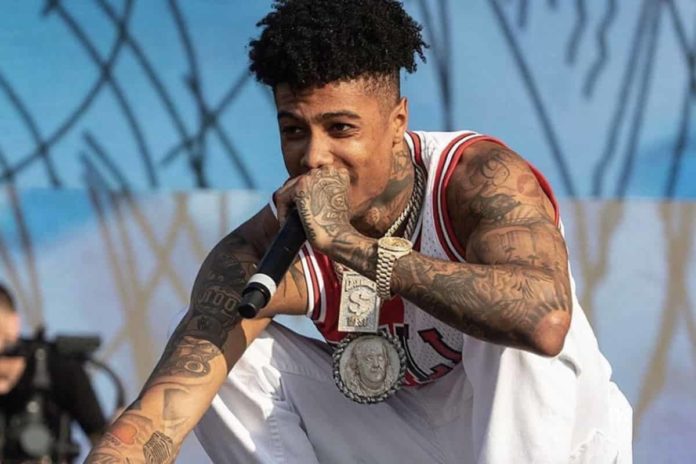 An American rapper Blueface or Blueface Bleedem is recognized for his high-pitched voice and off-beat style of rapping. After his first song itself, he attracted a large bunch of the audience with his unconventional rapping. He was born as Jonathan Michael Porter on January 20, 1997.

Being at the initial stage of his career, he has already worked with some of the most renowned rappers of the industry, including Drake, Lil Uzi Vert, and Quavo. He possesses a unique voice which is being often compared to Southern rappers Silkk the Shocker and Juvenile as well as the California rappers Suga Free and E-40.

He is waiting to earn recognition in the music industry through awards accolades and has many dreams yet to be achieved. Apart from his exceptional voice, he is also adored by many for his extraordinary style.

The American rapper has numerous tattoos on his face and body and each of his tattoos has a different story. The most eye-catchy among them is the tattoo of Benjamin Franklin on the right side of his face, which he calls his “signature.”

According to the sources, Blueface’s estimated net worth is $4 million approximately.

Blueface was born in Los Angeles, California to Karlissa who is a working woman. There is no clue about his father’s name and occupation. He has a sister named Kali.  He studied at five different schools including Tahquitz High School for elementary education where he also played football.

For further studies, he attended Fayetteville State University and continued with his sport there as well. Due to coaching issues, he decided to drop out of the university. On a radio interview, he revealed that he is a father and has a son named Javaughn. In one of the interviews with ‘Big Boy’s Neighborhood,’ Blueface disclosed that his son stays with him nearly every day.

In 2017, Blueface entered the music industry and initially posted his songs to Instagram and SoundCloud. Later, he adopted the stage name “Blueface Bleedem” and released his first song ‘Deadlocs’ which was produced by Scum_beats. The song became a well-received song on SoundCloud as it went on to garner over 2 million views.

His other hit titled ‘Thotiana’ also surpassed 1 million plays. In June 2018, his first EP was released which was titled ‘Famous Cryp’ featuring the hits ‘Fucced Em’ and ‘Freak B’. He earned worldwide recognition when he released a music video for his track “Respect My Crypn” via WorldstarHipHop’s YouTube channel.

In 2018, he signed a contract with Cash Money West. Once again he released a viral hit after previewing his new track “Bleed It”. The song’s music video was shared on the Lyrical Lemonade YouTube channel which gained more than 2 million views within 24 hours. In 2019, Blueface, collaborated with Miami rapper Lil Pump, on Scott Storch’s “Bussin”. Some Interesting Facts About Blueface