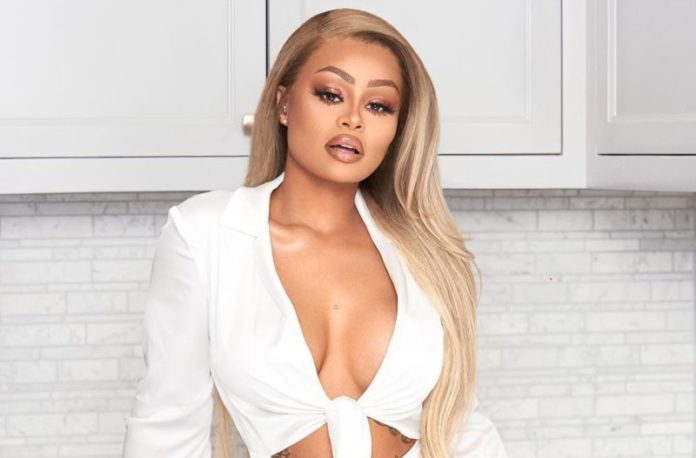 An American personality Blac Chyna is an elite model and music video artist of the industry. She emerged to prominence when the popular singer Drake dropped her name in the song ‘Miss Me’. She has a huge fan following social media on Instagram 12.3 million followers and 764,000 followers on ‘Twitter’.

Though she began her earning as a stripper but later ended up appearing on the cover page of several magazines and hip hop music videos. She is also an entrepreneur who runs a clothing line and makeup line. Apart from her work, she has been under continuous media coverage for her estranged relationships.

Blac Chyna weighs 62 kg and 137 lbs in pounds. She is a graceful model who has a height of 157 cm or in feet inches 5’2” tall. She originally has black color hair but dyes her hair with different colors and sharp sparkling brown color eyes.

She has a voluptuous body with a figure measurement is 38 inches breast, 27 inches waist, and 43 inches hips approximately. She has turned 33 years old in May 2021. Her bra size is 33B whereas her dress size is 10 and her shoe size is 8 (US).

According to the sources, the estimated net worth of Blac Chyna is $4 million US dollars approximately.

Blac Chyna was born Angela Renee White on 11th May 1988. She was raised in Washington DC to Shalana-Jones Hunter (Tokyo Toni) and Eric Holland.

She has a brother and 5 sisters. For elementary education, she went to Henry E. Lackey High School and later was enrolled at Johnson and Wales University in Miami for higher studies. Along with college, she did odd jobs too and often used to fell asleep and hence decided to drop her studies.

Blac Chyna started her earning with stripping. Later, she moved towards modeling and had signed her first deal with Dimepiece magazine in 2010. Her appearance on the cover page of “Straight Stuntin Magazine” and “Black Men’s Magazine has given her considerable fame.

She became popular overnight when rapper Drake made her reference in the song ‘Miss Me’. She was featured in the music video of Nicki Minaj‘s “Monster” alongside Rick Ross and Jay-Z.  in 2011, she became the lead artist for the single “Rack City” by Tyga that later led to their romantic involvement.

In 2012, she was titled “Eye Candy of the month” by XXL Magazine. She again appeared in the music video of Nicki Minaj’s “Come on a cone” and was also named in the album “2 Chainz”.

She has garnered more success in 2013 by launching her own brand “88fin” in the market. She also owns a line of lashes called “LASHED by Blac Chyna”. She runs a beauty bar in LA where she trains makeup artists and provides beauty services.

In 2011, Blac Chyna dated Tyga and a year later she gave birth to their son King Cairo Stevenson. In 2014, their relationship ended and he started dating Kylie Jenner.

Later, she dated Robert Kardashian and after dating him for 3 months she became pregnant and delivered a daughter named Dream Renee Kardashian in November 2016. Unfortunately, this relationship also did not last long and she broke up with him. Currently, she is happily single. Some Interesting Facts About Blac Chyna