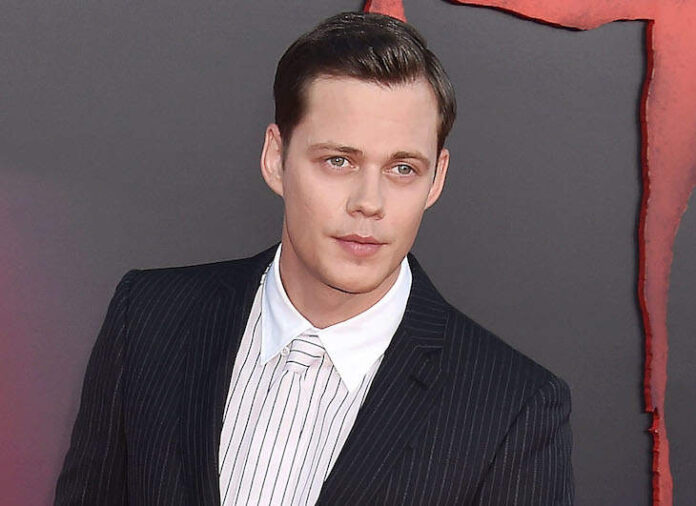 A Swedish actor Bill Skarsgård has followed the steps of his parents and has built his career in the entertainment industry. He is best known for his roles in the dystopian romantic thriller film ‘The Divergent Series: Allegiant’ and in the horror film ‘It’. Not necessary that a hero in the movie is only admired and applauded by the audience, but Bill has gained worldwide recognition being in negative roles.

He belongs to the family which has a rich background in the entertainment world and he was exposed to the show business from a tender age. As a child actor, he made his debut on the silver screen and appeared in the Swedish thriller film ‘White Water Fury’. His excellent performances in the latter earned him a nomination for the Guldbagge Award.

Though the film ‘The Divergent Series: Allegiant’ met with negative reviews he gained international popularity for his role in the movie. He role as the villain Pennywise the Dancing Clown in the horror film, ‘It’ was appreciated by the audience and the film was a humongous success, commercially as well as critically.

He has also received multiple award nominations for his brilliant performance. He has played the main role in the Netflix series ‘Hemlock Grove’.

Bill Skarsgård has an impressive height of 192 cm or 6’4” feet inches. Along with great height, he weighs 85 kg and 187 lbs. He will turn 32 years old. He has a large green color set of eyes and brown spooky hair.

He has a muscular physique with a body measurement of 42 inches chest, 34 inches waist, and 35 waist hips whereas his biceps size is 14.5 inches. His shoe size is 9 (US) or 41 (UK). His fans have noticed a small scar on his cheek.

According to sources, Bill Skarsgard’s estimated net worth is $5.7 million US dollars approximately.

Bill Skarsgård was born as Bill Istvan Gunther Skarsgard on 9th August 1990. He was raised in Vällingby, Sweden by his actor father Stellan Skarsgård, and his actress mother My Skarsgård.

He has four brothers named Alexander, Gustaf, Valter, Sam, and Eija his sister. He has half-brothers named Ossian and Kolbjörn born from Stellan Skarsgård’s second marriage to Megan Everett. He has attended a local high school but his educational background isn’t revealed yet.

In 2000, Bill Skarsgård began his career as a child actor and earned a role in the thriller film ‘White Water Fury’ which was directed by Jon Lindstrom. The film revolves around four guys who go on a kayaking trip. He was seen in a supporting role in the film ‘Arn—The Kingdom at Road’s End’ which was a sequel to the 2007 film ‘Arn: The Knight Templar’.

Next, he appeared in the lead role in the drama film ‘Behind Blue Skies’. In the year 2011, he was cast in two films, ‘The Crown Jewels’ and ‘Simon and the Oaks’. In 2012, he appeared in the British film ‘Anna Karenina’ and played a minor role. He was also nominated for three Oscars.

He made his appearance in the Norwegian drama film ‘Victoria’, which was directed by Torun Lian and the film was about a landowner’s daughter and a local miller’s son. From 2013 to 2015, he appeared in the horror web series ‘Hemlock Grove’ which was about the strange happenings in a fictional town named Hemlock Grove.

His popularity reached newer heights after he earned the titular role in the horror film ‘It’ which was a huge success financially and it earned $700 million on a budget of $35 million. He also appeared in the romantic drama film ‘Battlecreek’ in 2017. In 2018, he worked in the black comedy crime film ‘Assassination Nation’. He also made his appearance in the superhero film ‘Deadpool 2’.

Here we are providing you the list of Bill Skarsgård’s favorite things.

Some Interesting Facts About Bill Skarsgård