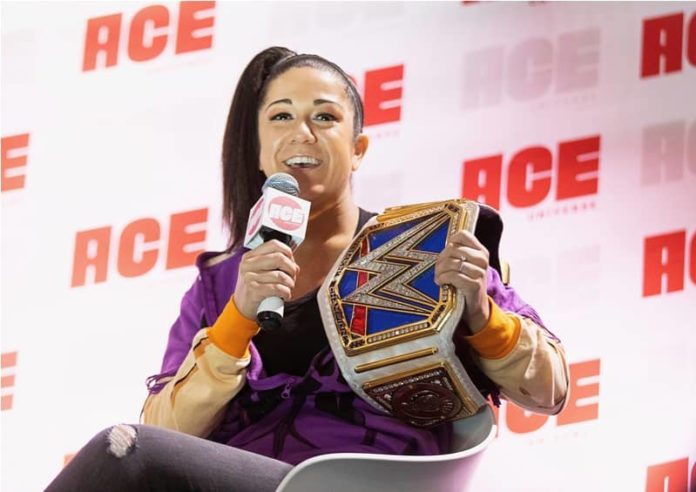 Success is not about greatness. In fact, it’s about consistency, this line is very well proved by Pamela Rose Martinez, Bayley who is a professional wrestler. Moreover, she is also signed to WWE under the ring name Bayley.

Apart from that, she became widely noted when she bagged NXT Year-End Award (twice) and NXT Women’s Championship (one time). This versatile personality is one of the most influential faces in the world of wrestling.

Her beauty is enhanced by her dark brown eyes and black hair. She is very conscious about her health and maintains her figure with the measurement of 34 inches breast, 24 inches waist, and 35 inches hips. Her bra size is 32A while her shoe size is 7.5 (US).

Bayley has gathered a decent amount of net worth as a promising WWE wrestler. According to the sources, her estimated net worth is $2 million approximately. She is living a lavish and luxurious lifestyle through her earnings.

Born and grew up in Newark, California, the United States, Bayley belongs to the white ethnicity. She is the lovely and talented daughter of Ann B. (Mother) while there is no information about her father.

Apart from that, she grew up with her three siblings Melissa, Brenda Marie, and Manuel. As of her education, she completed her graduation from Independence High Public School. Other than this, there is no information about her higher studies.

Talking about her career, Bayley started her professional wrestling career by playing her first match on September 19, 2008, when she was 18 for Big Time Wrestling. Moreover, during that time, she used to play under the ring name of “Davina Rose”. Furthermore, Bayley was signed with WWE in December 2012.

Later in the year 2013, she made her debut for WWE’s developmental territory NXT (live event). However, she lost the first game against Paige. Apart from that, she got her first win by playing with Charlotte Flair against Alicia Fox and Aksana.

Other than this, on January 2, 2017, Bayley became the number one contender for Charlotte Flair’s Raw Women’s Championship by defeating Nia Jax on the episode of Raw. Recently in the year 2019, she won the inaugural WWE Women’s Tag Team Championship with Sasha Banks.

Besides this, she was also honored by Most Inspirational Wrestler of the Year in the year 2015, 2016.

As for her relationship status, Bayley is not married but she is not single. As of now, she is engaged with her beloved Aaron Solow, a professional wrestler who performs for the Independent Circuit. This couple is in an affair for a long period of time.

Moreover, the couple first met in the year 2010 while attending wrestling classes in California. Later in November 2016, they got engaged. However, in an interview, Bayley also disclosed that she was in a romantic relationship with her former boyfriend who ended due to her obsession with Matt Hardy.

Here we are providing the list of favorites of Bayley: 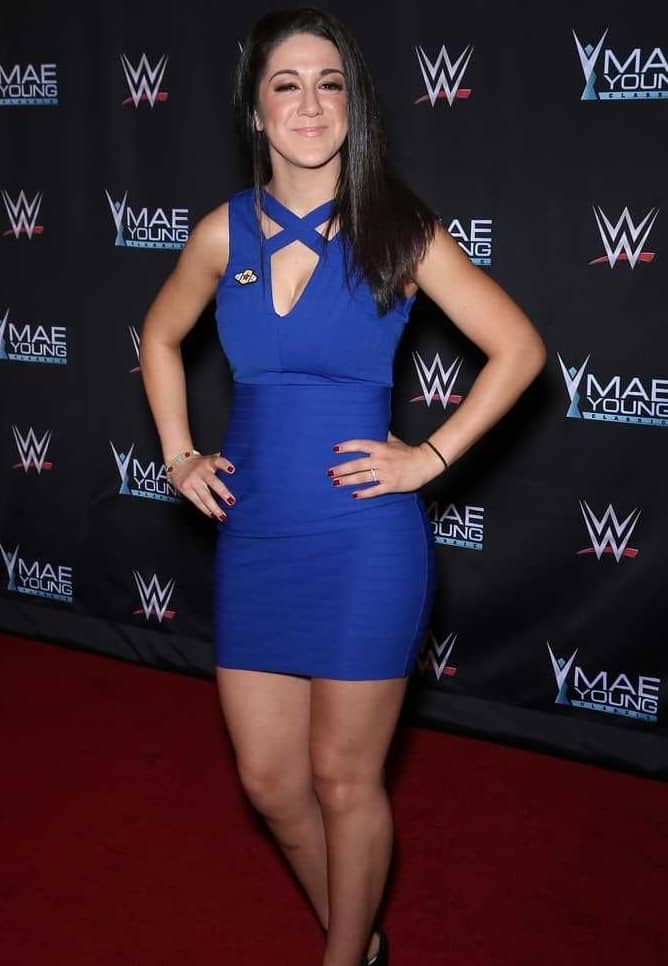 Some Interesting Facts About Bayley