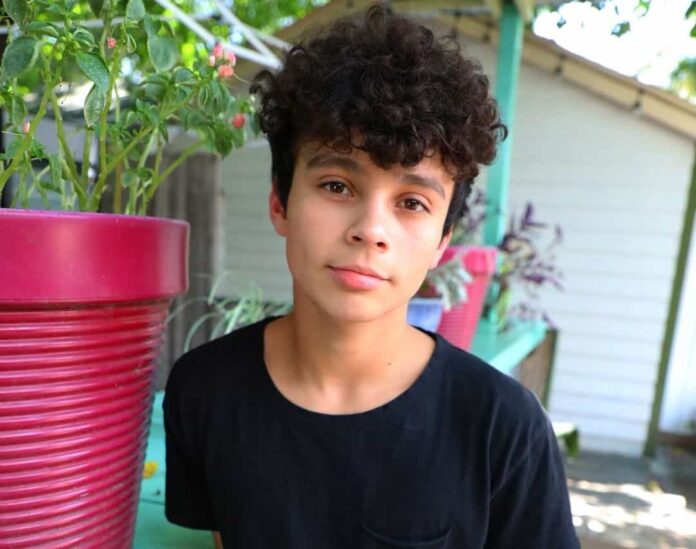 Baby Diego is an internet celebrity who became notable for posting his day-to-day pictures on the social platform. He rose to prominence by posting funny videos on Instagram. He became is a brilliant meme developer who usually creates content based on the lives of famous personalities from different parts of the world.

He is also active on every social media platform including YouTube where he posts videos as a part of the collaborative channel ‘Diego & Desi’ alongside his girlfriend Desiree Montoya. He is a multitalented personality with an incredible sense of humor.

He is fond of entertaining people through his comedy videos and enjoys connecting with his audience members, most of who are teenagers and youngsters. As he is a happy-go-lucky guy, he loves partying with his friends and enjoys traveling.

According to the sources, Baby Diego’s estimated net worth ranges between $150K-$200K US dollars approximately.

Baby Diego was born as Diego Martir on December 24, 2003. Though he was born in Wisconsin, USA but raised in New Jersey by his father. His parent’s information is not revealed yet all we know is he has four sisters Jenny.

In 2017, Baby Diego initially created his profile on Instagram and eventually became an online superstar of sorts with his funny posts and memes. Some of his posts made fun of USA’s president Donald Trump which garnered him a lot of attention on the social platform. He mostly uploads the content under tag #Skittlegang which also gained him much popularity.

Later Diego started sharing photos from his day-to-day life as well. Since he started dating he started uploading hot pictures with his new girlfriend Desiree Montoya which became a rage on the internet and earned him numerous new followers in no time. His journey of uploading photos and videos continued and eventually, he became a well-known Instagram personality.

Today, he has garnered more than 734k followers and the number of his followers is quickly rising! He has also created a backup Instagram account under the username the Diego Martir; however, he doesn’t post on this account often and not active on the account.

He is also moderately popular on YouTube where he has a joint channel ‘Diego & Desi,’ on the platform that he operates alongside his girlfriend. This channel was created on June 22, 2018. Though he has a single video on his channel as of now, it has still managed to earn more than 74k subscribers to date.

Talking about the Instagram star’s love life, he is currently dating fellow web phenomenon, Desiree Montoya. Both began dating in the year 2018 and are frequently spotted together at various venues. On various social media, the couple often shares pictures of them posing together on their respective social media profiles.

Here we are providing you the list of Baby Diego’s favorite things. Some Interesting Facts About Baby Diego