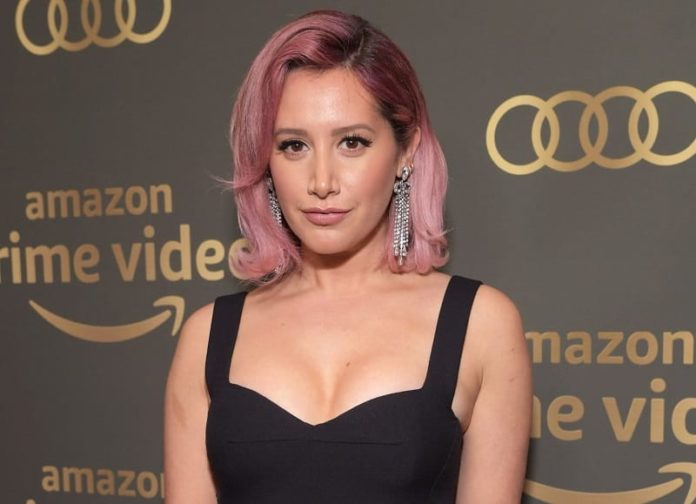 A multi-talented celebrity Ashley Tisdale is known to be an actress, singer, as well as producer. Since childhood, she has earned the limelight by becoming the popular face of more than 100 advertisements on national television.

This was the stepping stone to the success of this artistically inclined performer whose career expanded without any limitations. After appearing in constant minor films and television roles, she rose to prominence with the ‘High School Musical’ franchise. Her appearance in the films has received both critical and commercial appreciation.

Apart from her acting career, her singing career also took off as two of her albums, ‘Headstrong’ and ‘Guilty Pleasure’ were major hits. She has become a fashion icon for her popularity and trends and has won an award for ‘Social Media Superstar’ at the Young Hollywood Awards.

Ashley Tisdale weighs 52 kg and 115 lbs in pounds. She is a stunning actress who has a height of 160 cm or in feet inches 5’3” tall. She has short and wavy blonde color hair and sparkling sharp brown color eyes.

She has a lean body with a figure measurement is 34 inches breast, 25 inches waist, and 36 inches hips approximately. She has turned 37 years old. Her bra size is 34D whereas her dress size is 3 and her shoe size is 6 (US).

According to the sources, the estimated net worth of Ashley Tisdale is $10 million US dollars approximately.

Ashley Tisdale was born Ashley Michelle Tisdale on July 2, 1985. She is the daughter of Michael Tisdale who is a Christian and Lisa Morris who is Jewish. She was raised in an environment with “a little bit of both” religions.

She grew up with her elder sister Jennifer Tisdale in New Jersey, USA.  From the tender age of 3, she got involved in commercials and worked in more than 100 TV advertisements as a child. She went to Valencia High School for schooling but did not attend any college for further studies.

Ashley Tisdale has been facing lights and cameras since childhood. Her manager Bill Perlman has introduced her to the entertainment industry and encouraged her to audition for various commercials and advertisements. Along with commercials, she also began her career in theatre with ‘The Sound of Music’ at Monmouth County’s Jewish Community Center.

At the age of 8, she has worked in the musical ‘Les Misérables’. Ashley started her acting career with several minor roles in television shows including ‘The Hughleys’, ‘7th Heaven’, and ‘Bette.’ She was also featured in a few films in supporting roles such as ‘A Bug’s Life’ and ‘Donnie Darko’.

She has earned immense popularity and appreciation from the television series ‘The Suite Life of Zack & Cody’. Her work in the series has earned her first independent award. She became a popular celebrity for her role as Sharpay Evans in the Disney Channel Original Movie ‘High School Musical’ which became the most-watched movie of the year.

With the success of ‘High School Musical’, she signed a record deal with Warner Bros Records. In 2007, she had released her debut album ‘Headstrong’ which debuted at number five on the Billboard 200. In the same year, she also recorded her voice for the character of Candace Flynn for the animated series ‘Phineas and Ferb.’

To expand her career, she also owns a production company ‘Blondie Girl Productions.’ Following the success of the High School Musical trilogy, she had launched her studio album ‘Guilty Pleasure’ which debuted at number 12 on the Billboard 200. As a voice artist, she also worked for ‘The Cleveland Show’, ‘Family Guy’ and ‘Glenn Martin, DDS’.

Ashley Tisdale was involved in various romantic relationships. In 2014, she finally got married to her long-time boyfriend Christopher French in a small private ceremony in Santa Barbara, California. Recently, she was blessed with a son named Jupiter Iris French.

Here we are providing you the list of Ashley Tisdale’s favorite things. Some Interesting Facts About Ashley Tisdale