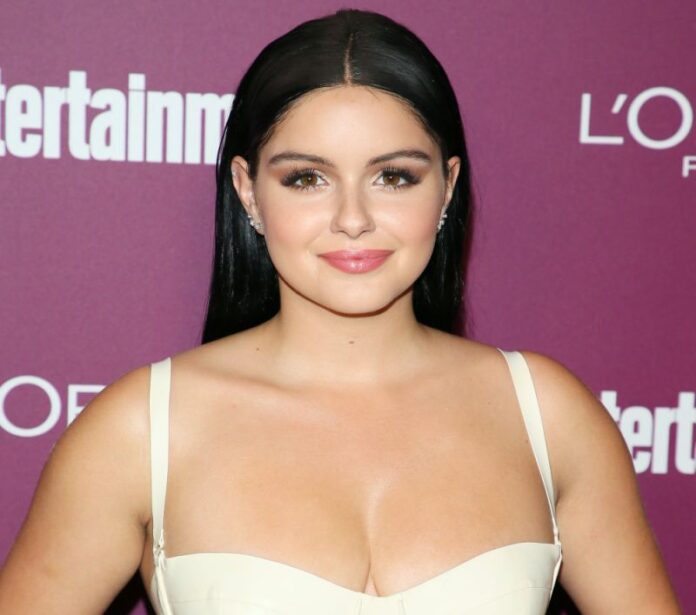 An American actress Ariel Winter is best known for her portrayal of Alex Dunphy in the hit sitcom ‘Modern Family’. Apart from being a supremely talented American actress, she is also a singer and voice actress. Since a very young age, she has quite successfully managed to roll quite a few eyeballs worldwide.

She is considered to be Hollywood’s next big thing by many industry pundits, because of her involvement in the entertainment industry since the time she was still a toddler. Her brilliance at work has made her win various awards and accolades throughout her career. Her frank, candid, and often outspoken attitude is loved and adored by countless others around the world.

Ariel Winter weighs 61 kg and 134.5 lbs in pounds. This baby doll is 155 cm or in feet, inches 5’1” tall. She looks beautiful in shining blonde color hair and sparkling hazel color eyes. She has a hot figure with a measurement is 38-29-36 approximately. Her bra size is 34D whereas her shoe size is 5 (US). She has turned 23 years old in January 2021. At such a young age, she has developed an attractive and charming personality.

According to the sources, Ariel Winter’s estimated net worth is $12 million USD approximately.

Ariel was born as Ariel Winter Workman in Fairfax, Virginia on January 28, 1998. She is the youngest daughter of Glenn Workman and Chrisoula “Chrystal” (née Batistas). She has an elder sister named Shanelle Workman Gray and an elder brother Jimmy Workman. Both of her siblings are also attached to the entertainment industry as well.

Through her mother, she has got Greek descent and she has a Greek name, Eleftheria, which means ‘liberty’. Till the age of 14 she was homeschooled by the tutor and later she attended a private school in Los Angeles.

Ariel Winter began acting career at the tender age of four in 2002 when she was offered a role in a commercial by Cool Whip. In 2005, a film offer followed soon and was seen playing an important role in Shane Black’s era-defining film, ‘Kiss Kiss Bang Bang’. Her brilliant acting in the movie made her win accolades from co-stars, Robert Downey Jr., Val Kilmer, and Michelle Monaghan.

Following her success, she was offered small roles in ‘Freddie’, ‘Monk’, and ‘ER’. Later, through her beautiful voice she emerged as a voice actress and worked in animated movies. She has given voice to the character of Gretchen in ‘Phineas and Ferb’, which won her a lot of admiration and a number of other roles in animated movies.

In 2006, she also gave her voice to a number of characters in the movie, ‘Ice Age: The Meltdown’. However, she got her biggest break from the role of Alex Dunphy as one of the principal characters in the hit TV show, ‘Modern Family’.

While working in ‘Modern Family’, she also took up various other projects as well. She appeared in Warner Bros’ movie, ‘Speed Racer’, in the role of ‘Young Trixie’. She has also lent her voice in various video games as well; the most notable among which are ‘Kingdom Hearts’, ‘Final Fantasy XII-2’, and ‘Guild Wars 2’.

Here we are providing you the list of Ariel Winter’s favorite things. Some Interesting Facts About Ariel Winter