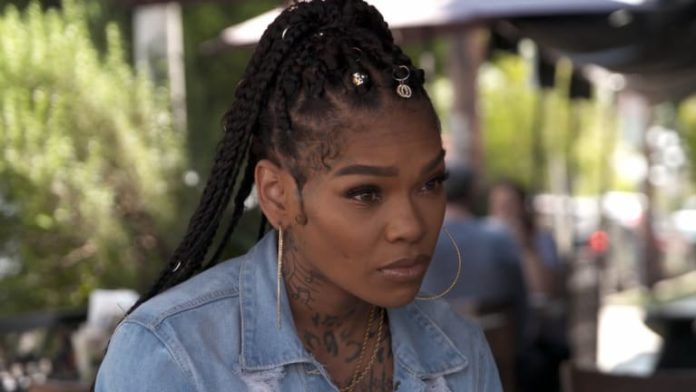 An American singer and Television personality Apple Watts is from Alta Loma, California. She is best known as a popular exotic dancer. She came into the limelight by appearing in Love & Hip Hop: Hollywood. She is also popularly known as ‘The New Cardi B’.

Though she had a tough childhood, she still struggled hard to pursue the career of her choice and successfully achieved her goals.

She will turn 37 years old, in May. She has many tattoos on her body. Despite being a mother of three children, she has a bold and sexy physique.

No information is revealed about her parents and siblings. Her birth name is Jontelle Lafaye Watts. Later she adopted Apple Watts which became her stage name. She had a rough relationship with her father. He was against the choice of career Apple had.

She has attended Edawanda School for primary education. Later she was enrolled in El Camino College to study criminal justice. For further studies, she also attended UNLV College.

Apple Watts pursued her career in modeling and rapping. At the age of 21, she became a stripper and made herself famous as the name of a stripper in Los Angeles city. And has also a brief stint in pornography under the name “Ms. Apple Bottom”.

After pursuing a career in music, she had quit stripping. She also appeared in many hip hop videos for musicians like Chris Brown, Future, YG, Ty Dolla Sign. She became the prominent star when she was cast in season five of Love & Hip Hop: Hollywood.

Though her married life is hidden she has two sons named Richard and Kali and a daughter named Miyaki. Some Interesting Facts About Apple Watts