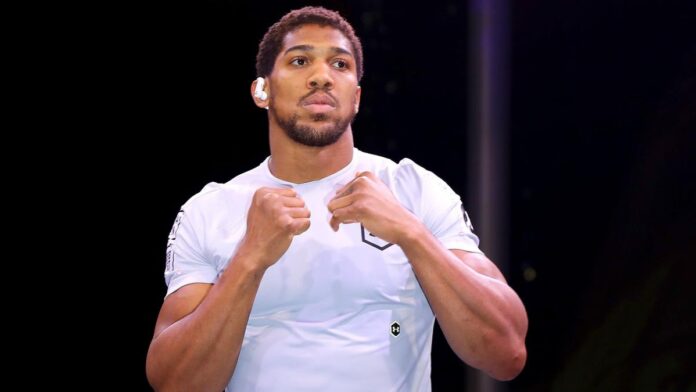 A British professional boxer Anthony Joshua is known to be a unified world heavyweight champion. He has been representing Britain at the Olympics, Commonwealth Games, and several other international sporting events. Initially, he was a footballer and athlete, who entered the boxing bandwagon only in his late teens.

He slowly transformed from a troubled teenager to a heavyweight professional. He is blessed with physical prowess which ensured that he had an exemplary record and went undefeated during his amateur career. He was honored with the gold medal at the 2012 London Olympics.

His trademark is his astonishing move which exists from his amateur ranks to world championships has earned him the status of a powerful puncher and a top-class opponent.

There are six heavyweight belts in the world out of which Joshua has successfully conquered four to his name and was the contender for the BBC sports personality of the year. He has built a reputation to fight in high-profile matches with expensive stakes and drawing record-breaking views and audiences.

Anthony Joshua has an impressive height of 198 cm or 6’5” feet inches whereas he weighs 113 kg and 249 lbs. He will turn 33 years old. He has bold features with a sharp dark brown color set of eyes and black spooky hair.

According to the sources, Anthony Joshua’s estimated net worth is £30 million British Pound approximately.

Anthony Joshua was born Anthony Oluwafemi Olaseni Joshua to Robert and Yeta Joshua on 15 October 1989. Though he was born in Watford, Hertfordshire he had spent most of his childhood at his ancestral home in Nigeria. When he was five years old, his parents split, and his mother decided to move back to the UK.

He attended Kings Langley Secondary School for his elementary education where he was nicknamed ‘Femi’ by his friends and teachers because of his middle name ‘Oluwafemi’. In school, he excelled at football and athletics while growing up and as a sprinter when he broke the 100m record where completing the run in 11.6 seconds. Before starting his professional career, he worked as a bricklayer.

Anthony Joshua started his career by winning the Haringey Boxing Cup for two straight years in 2009 and 2010. At the Amateur level, he has won all 18 fights at which included winning the Senior ABA Championships. To become a professional boxer, he turned down the offer of £50,000.

In October 2013, he made his professional debut under Matchroom Sport and in the next three years, he remained undefeated in all his 19 fights. In 2016 in order to win his first world title he defeated the IBF heavyweight champion Charles Martin and defend this title, he fought against Dominic Breazeale and won. In 2017, to win IBF title for the second time he was up against Eric Molina.

Here we are providing you the list of Anthony Joshua’s favorite things. Some Interesting Facts About Anthony Joshua