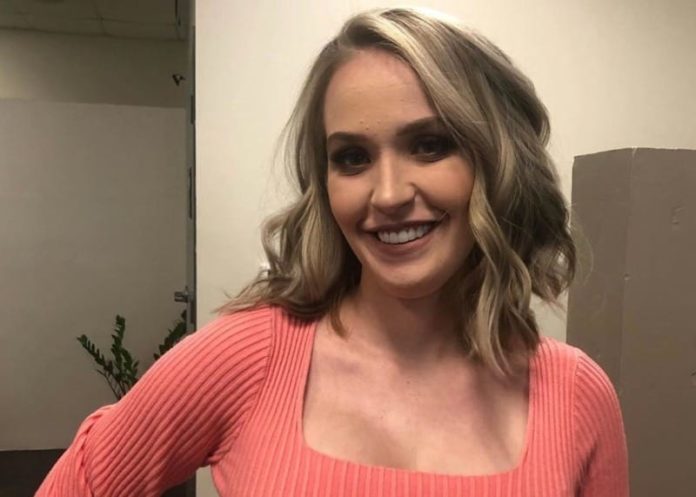 An American budding reality star Anna Shannon has widely gained popularity for appearing in “Here Comes Honey Boo Boo”. She has established her presence in the industry by appearing in several reality shows.

She is blessed to be the eldest daughter of the reality TV star June Shannon alias Mama June. She is looking for further great opportunities as an actress on both TV and the big screen.

Anna Shannon weighs 56 kg and 123 lbs in pounds. She is a budding star who has a height of 170 cm or in feet inches 5’7” tall. She has wavy and short blonde color hair and sparkling sharp blue color eyes.

She has a slim body type with a figure measurement is 33 inches breast, 24 inches waist, and 35 inches hips approximately. She has turned 28 years old. Her bra size is 33B whereas her dress size is 3 and her shoe size is 8 (US).

According to the sources, the estimated net worth of Anna Shannon is $1 million USD approximately.

Born on August 28, 1994, Anna Shannon is a native of McIntyre, Georgia, USA. It was easy for her to establish her name in the industry as her mother June Shannon is also an American TV personality. During childhood, she witnessed difficult days also as her parents got divorced when she was a 2 years old toddler and her father David Dunn was jailed.

Anna was raised by her maternal grandparents Sandra Hale and Melvin Shannon. She has a biological sister Candice Dunn and other half-siblings Lauryn Shannon, Jessica Shannon, and Alana Thomson.

At the age of 17, Anna Shannon has commenced her professional career with a family reality show “Here Comes Honey Boo Boo” as a reality TV star. The show started in 2012 and she was featured only for season 1 in 24 episodes only.

In the show, she had shown her baby shower in a wrestling theme. She was also featured in a morning talk show “Steve Harvey morning Talk-show” and “Dr. Phil talk”. She has gained more popularity from her past life and current relationships.

Anna Shannon dated Caleb Clark in 2012 and gave to a daughter named Kaitlyn Elizabeth at the age of 17. On May 25, 2014, she got married to Michael Cardwell. In 2015, she was blessed with another daughter named Kylee Madison Cardwell. Unfortunately, the couple got separated and dated Eldridge Toney. Some Interesting Facts About Anna Shannon