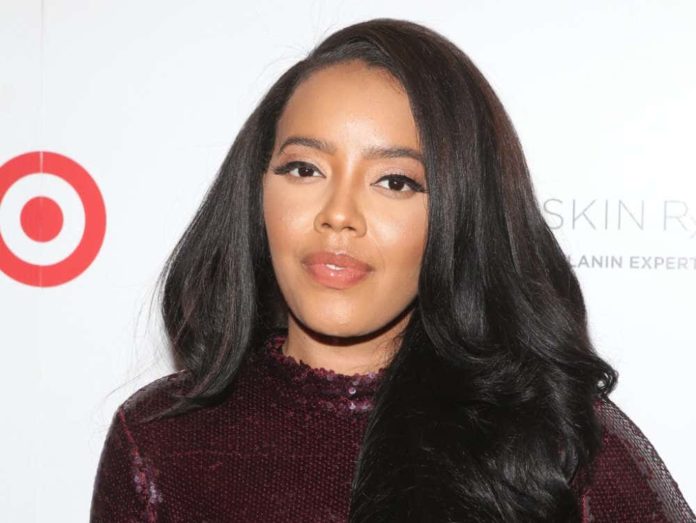 Once known as the daughter of famous rapper Joseph “Reverend Run” Simmons, Angela Simmons is no more a celebrity kid, but has become a celebrity herself with her smartness, hard work, and dedication. She is a fashion designer, a successful entrepreneur, and a popular reality TV star.

‘Run’s House’ and ‘Daddy’s Girls’ are the two hit MTV shows in bought fame to her doorstep. The owner of the lifestyle brand ‘ANGELA I AM’ is also known for many other successful business ventures. ‘Kontrol’, ‘Honey’, ‘Rolling Out’, ‘Sheen’, ‘PYNK’ and ‘JET’ are some of the most popular magazines which have featured her on their covers.

Born on 18th, September 1987 Angela will turn 35 years old. She as an entrepreneur believes to keep herself presentable and loves to stay in shape. Her vital measurements are 34-27-37 giving her a slim appearance.

Angela is 5′ 5″ feet tall and her weight is 50 kg approximately. She has a gorgeous smile and looks even more beautiful with her Dark Brown hair and Black eyes.

Angela Simmons is a lot more than a regular celebrity, not just an actress; she is a TV show host, a talented fashion designer, a highly successful entrepreneur, and a global fashion icon.

With lots of businesses operating under her direction, it has become a major part of her net worth. Considering her following, the number of businesses she operates, and her work as a celebrity, her estimated net worth is $7.5 million USD.

Queens, New York is where Angela Simmons was born and brought up. A former rapper and hip-hop music pioneer Joseph Simmons, a.k.a. Rev Run is her father and her mother Valerie Vaughn. Joseph Simmons had a second marriage with Justine Simmons after divorcing Angela’s mother.

Talking about her education, Angela attended the High School of Fashion Industries and later went to the Fashion Institute of Technology, but to pursue a career in business she dropped out of it just after the first year.

Even before she became a successful entrepreneur Angela Simmons was no stranger to public attention as she was a member of the first family of hip-hop music. However, in 2005 she started to appear on ‘Run’s House’, her family’s reality television series which gained her a surprising exposure.

Distributed along with the ‘Word Up!’ magazine, Angela became the editor of the mini-magazine ‘Angela’s Rundown’ in 2006. Detailed interviews of “ugly duckling” celebrities were often published in the magazine and the magazine was continued till 2012.

With starting a foot ware line along with her sister and her own faux fur fashion line which consisted of her own fashion accessories and was operated via e-commerce websites, her business ventures became a priority for her eventually.

Here we provide you the list of Angela Simmons’s favourite things. Some Interesting Facts About Angela Simmons