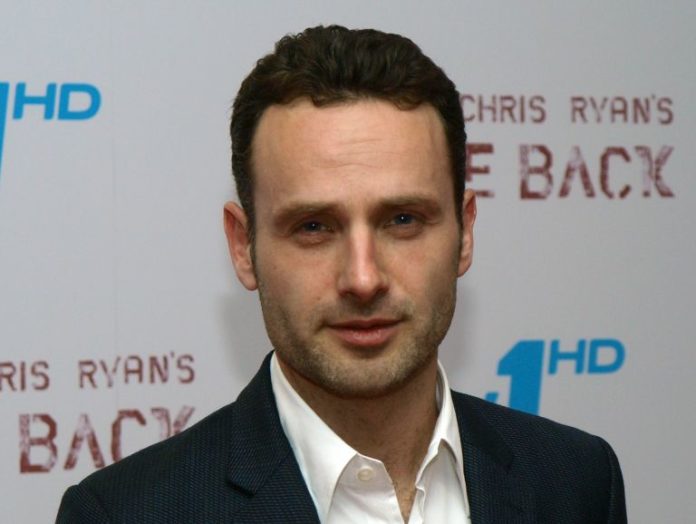 An English actor Andrew Lincoln, born Andrew is popular for his appearance in the film ‘Love Actually’ and the TV series ‘The Walking Dead.’ He identified his passion for acting at a young age and hence attended ‘National Youth Theatre’ and the ‘Royal Academy of Dramatic Art’ to polish his skills.

Initially, he started his career with a guest role but later played key roles in various films and TV series. He was featured in award-winning movies like ‘Boston Kickout’, ‘Love Actually’, and many others.

Andrew Lincoln is 176 cm and in feet inches, his height is 5’10” tall. He is an actor with attractive looks who weighs 80 kg in Kilograms or 176 lbs in Pounds. He has turned 49 years old.

He has sharp blue color eyes and spooky light brown color hair. He has an athletic body type with the body measurements are as follows 40 inches chest, 33 inches waist, and 34 inches hips. His biceps size is 14 inches whereas his shoe size is 12 (US).

According to the sources, the estimated net worth of Andrew Lincoln is $16 million USD approximately. He earns $650K per episode.

Born on September 14, 1973, the birth name Andrew Lincoln is Andrew James Clutterbuck. He belongs to a working-class family, where his father was a civil engineer, and his mother was a nurse. He was raised along with his elder brother Richard Clutterbuck.

After his birth, his family shifted to Hull, Yorkshire, and Bath Somerset respectively. While growing up, he developed a keen interest in the performing arts. He attended ‘Beechen Cliff School’ in Somerset, where he made the first acting role of his life. When he was 14 years old, he gained the experience of acting on stage which profoundly impacted him.

In 1994, Andrew made his TV debut with a guest appearance in the series ‘Drop the Dead Donkey, the episode’ titled ‘Births and Deaths.’ He played the key role of Andy in the series ‘N7’.

In 1995, he had made his debut on the silver screen in the film ‘Boston Kickout’ which unfortunately failed to secure a wide release but was largely appreciated at many international and national film festivals. In a minor role, he was featured in series such as ‘Over Here’ and ‘Bramwell’ respectively.

He also was played key roles in small films such as ‘Understanding Jane’ and ‘A Man’s Best Friend.’ In 1996, he received his major breakthrough in the lead role of ‘Edgar “Egg” Cook’ in the series ‘This Life.’ The series ran for two seasons and he appeared in 32 episodes. Though his career on TV was going smooth his film career struggled to hold a firm ground.

He again made a guest appearance in series such as ‘The Woman in White’ and ‘Bomber.’ In 2000, he became the narrator of the reality TV series ‘Shipwrecked’ and has narrated 27 episodes of the series. He played the role of ‘Maxie King’ in the crime-drama film ‘Gangster No. 1’ which became a huge critical success.

His lead role of ‘Michael Collins’ in the TV film titled ‘Moonsho’ earned him a huge appreciation and accolades. He has received worldwide recognition with his role ‘Rick Grimes’ in the zombie apocalypse horror–drama series ‘The Walking Dead.’

It has become one of the most successful American TV series of all time. For his performance in the series, he has won several awards such as a ‘Satellite Award,’ a ‘People’s Choice Award,’ and two ‘Saturn Awards.’

In 2006, Andrew Lincoln got married to Gael Anderson. The couple has a son Arthur Clutterbuck and daughter Matilda Clutterbuck together. The family is living happily together and there is no sign of separation.

Here we are providing you a list of Andrew Lincoln’s favorite things. Some Interesting Facts About Andrew Lincoln