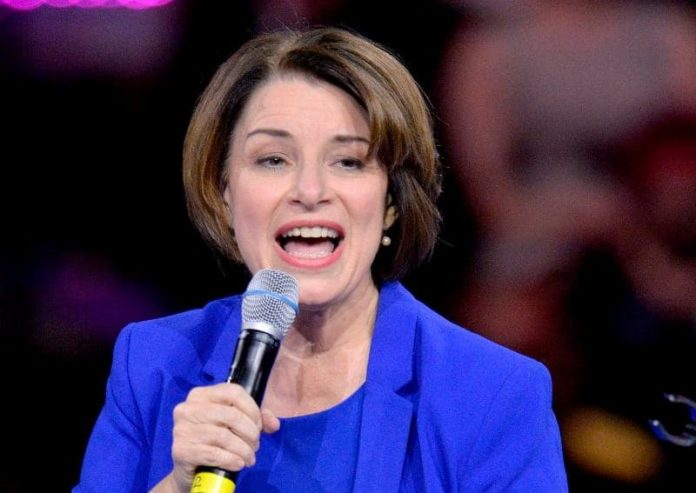 Other than this, Amy also got huge prominence for winning several awards including a “Friends of Farm Bureau Award” (2014), “American Bar Association’s Congressional Justice Award”(2015), and “Arabella Babb Mansfield Award” in 2017. Recently she came into the limelight in the year 2021 when she became the chair of the Senate Rules Committee.

Born on 25 May 1960, this renowned personality has turned 61 years old in the year 2021. This lady has a good height of 163 in Centimetres and 5’4” in Feet & Inches. Her light brown eyes and shiny black hair enhance her beauty.

According to the sources, Amy’s estimated net worth is $1.8 million approximately. Moreover, as of 2019, she is one of the 30 poorest Senators in the U.S. In fact, her biggest asset includes her Vanguard investment account that is worth $250,000.

Born and grew up in Plymouth, Minnesota, US, Amy belongs to the Slovene ethnicity. She is the lovely and caring daughter of Rose Klobuchar(mother) and Jim Klobuchar(father). Her mother was a secondary teacher while her father was an author. Moreover, she grew up with her younger sister, Beth Klobuchar.

When she was 15 years, her parents got divorced. As for her education, Amy studied at Wayzata High School. Later, she enrolled at Yale University and graduated with a BA degree in political science in 1982. Furthermore, she achieved a Juris Doctor degree from the University of Chicago Law School in 1985.

Moving towards her career, Amy started her professional political career in the year 1998 after being elected as Hennepin County Attorney. Later in the year 2002, she was re-elected for the post where she stayed until 2004. Furthermore from 2002 to 2003, she served as the president of the Minnesota County Attorneys Association.

Moreover, she was also called for an independent commission to investigate ties between the US president, Trump, and Russia. Besides this, she again got re-elected in the post after winning the election by just a 24 point margin over Jim Newberger in the year 2018.

Additionally, Amy announced her candidacy in the 2020 Democratic Party US president on 10 Feb. In fact, she was also named as one of the women most likely to become the first female President of the United States by ‘The New York Times’ and ‘The New Yorker’. As of now, Amy is busy with her 2020 presidential campaign.

As of her relationship status, The US senator from Minnesota, Amy is a married lady who tied the sacred knot of marriage with John Bessler. Moreover, the couple got married in 1993. Later, the couple was also blessed with a daughter named Abigail. Currently, she is living a happy and luxurious life with her family.

Here we are providing the list of favorites of Amy Klobuchar: 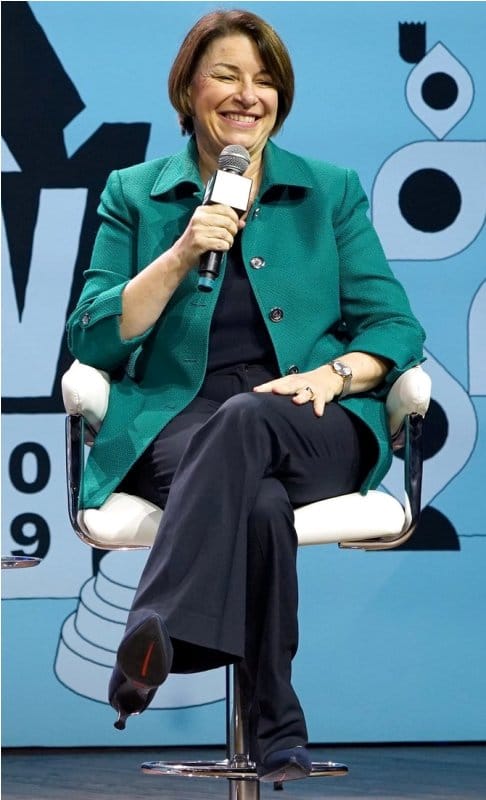 Some Interesting Facts About Amy Klobuchar