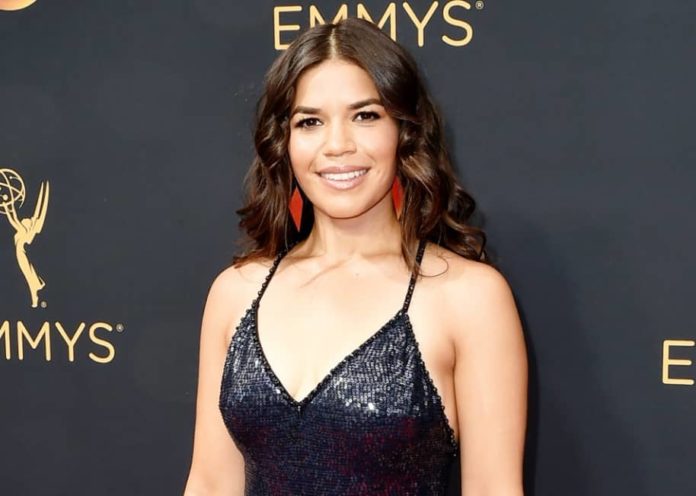 America Georgine Ferrera, renowned with the name of ‘America Ferrera’ is the Primetime Emmy Award and Golden Globe Award-winning actress who is well known for her role as Betty Suarez on ABC’s “Ugly Betty”. Apart from actress, she is a voice actress, producer, and director as well.

She garnered modest early career success with her debut film, “Real Women Have Curves”. In 2007, she was named one of the 100 most influential people in the world. Her terrific roles made her a “role model” for the young women in the entertainment industry.

Born on April 18, 1984, this gorgeous actress turned 38 years old. She has a good height of 155 in Centimetres and 5’0” in Feet & Inches. Her brown eyes and shiny brown hair enhance her beauty.

She seems fit with the weight of 59 in kilograms and 130 lbs in pounds. Her figure measures 37 inches breast, 26 inches waist, and 37 inches hips. Her bra size is 37B.

She has quite good earnings from her professional career as an actress. Her net worth is estimated to be $16 million.

America was born and raised up in Los Angeles, California, United States, and belongs to mixed ethnicity. She is the lovely daughter of her father Carlos Gregorio Ferrera and her mother América Griselda Ayes who worked as the director of the housekeeping staff. However, her parents got separated when she was just 7 years old.

Moreover, she has been grown up with her four sisters and one brother whose names are not known. As of her education, she completed her primary education at Calabash Street Elementary School, then George Ellery Hale Middle School, and El Camino Real High School.

For her higher education, she enrolled at the University of Southern California to complete her major in theatre and international relations but she dropped out to focus on her acting career. In 2013, she completed her bachelor’s degree.

As per her career, she started her career in 2002 with her first television movie, “Gotta Kick It Up!”. In 2005, she acted in the films like “Lords of Dogtown” and “How the Garcia Girls Spent Their Summer”. Later she won the best actress award for the film “The Sisterhood of the Traveling Pants”.

In 2010, she also lent her voice in the animated film “How to Train Your Dragon”. On November 7, 2011, she made her London stage debut in the musical Chicago in London’s West End. In 2012, she appeared in the documentary film, “Half the Sky: Turning Oppression into Opportunity for Women Worldwide”.

In 2013, she was featured in the dark comedy, “It’s a Disaster” and in the crime drama, “End of Watch”. Since 2015, she appeared in the NBC sitcom, “Superstore” by portraying the lead role as Amy. In 2020, she directed and also served as an executive producer for the Netflix comedy-drama series, “Gentefied”.

Reflecting on her personal life, she is a married woman and married for once throughout her life to date. She tied the marriage knot with a successful actor, director, and writer named Ryan Piers Williams.

The couple got engaged in June 2010 and got married on June 27, 2011. The lovely couple was blessed with a son named Sebastian Piers Williams and a daughter named Lucia. 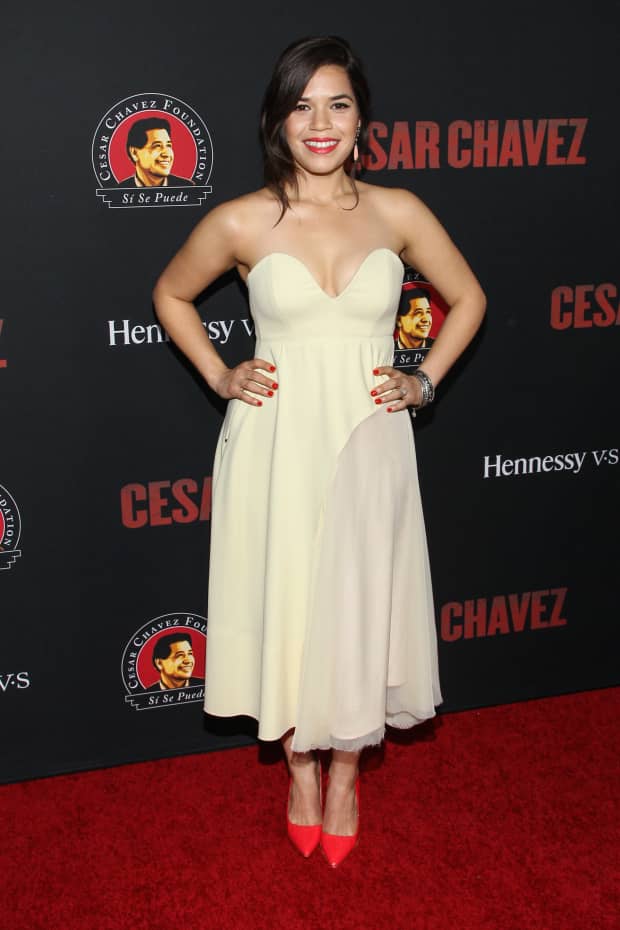 Some Interesting Facts About America Ferrera