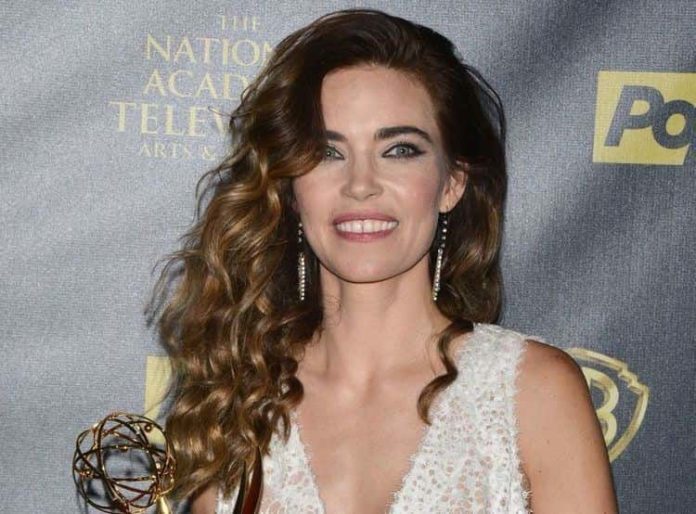 The moon and the stars don’t glow as bright as her eyes, she is extremely beautiful and she is none other than ‘Amelia Heinle’ who is an American actress. She is better known as a soap opera actress. She came to the spotlight and gained immense fame with her role as Stephanie Brewster on the popular soap opera, “Loving”.

She even won 2 Daytime Emmy Awards for her marvelous performance in the longest-running opera, “The Young and the Restless”. She is known for her outgoing and straightforward personality. She has a cute smile, beautiful looks with an attractive and charming personality.

This stunning beauty Amelia Heinle seems tall with a height of 168 centimeters and 5’8” in feet & inches. Born on, March 17, 1973, this beautiful lady has turned 49 years old. She possesses a healthy, lean, and fit figure with a weight of 58 in kilograms and 128 lbs in pounds.

Her body is complemented by her beautiful blue eyes and her silky long blonde hair. She is very conscious about her physique and her figure measurements are 33 inches breast, 27 inches waist, and 32 inches hips.

She has quite good earnings from her professional career as an actress and managed to amass a healthy fortune of around $4 million from her appearances in several shows and TV films.

Amelia was born and raised up in Phoenix, Arizona, USA, and belongs to white ethnicity. She didn’t reveal any information with regards to her parents but she has 4 siblings whose names were also not known.

She also didn’t reveal any information related to education and educational qualification. It seems, she keeps her personal life quite private and away from media.

As per her career, she started her career at the age of 20 television soap opera, “Loving” in 1993. She appeared in this show for 2 years till 1995. She was nominated for a Soap Opera Digest Award for “Outstanding Female Newcomer” for this show.

Additionally, she also featured in several movies such as “Liar’s Poker”, “At Sachem Farm”, a short movie, “Another Night”, and “The Limey”. Next, she was featured in a music video “I Will Buy You a New Life”. In 2001, she came back as an opera actor on “All My Children” with her role as Mia Saunders.

On March 21, 2005, she got another breakthrough in the CBS soap opera, “The Young and the Restless” for which she won 2 consecutive Daytime Emmy Awards for Outstanding Supporting Actress. In 2009, she appeared in season 4 of the series, “Ghost Whisperer”.

Reflecting on her personal life, she got married twice in her life and got married for the first time to a popular American actor and producer, Michael Weatherly with whom she welcomed a son named August in 1996. Unfortunately, the couple parted ways in 1997 just after 2 years of their marriage.

After that, she got married for the second time in 2007 to Thad Luckinbill. The couple was blessed with a son named Thaddeus Rowe and a daughter Georgia March. Therefore, her husband Luckinbill filed a divorce in 2017 but the couple is still together in 2020. 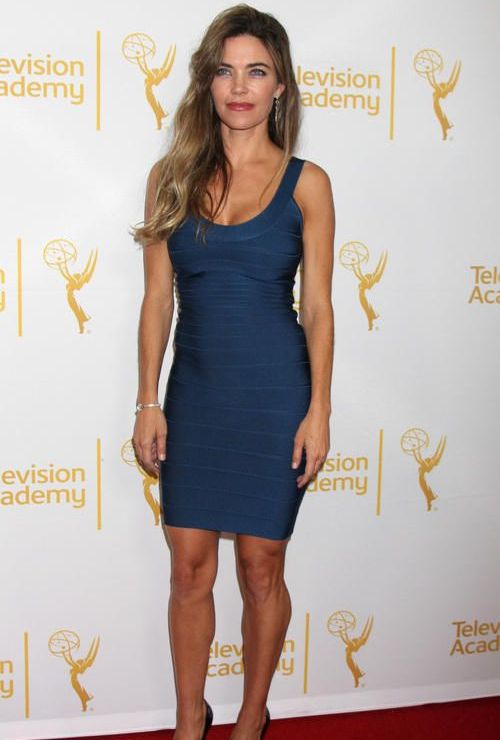 Some Interesting Facts About Amelia Heinle