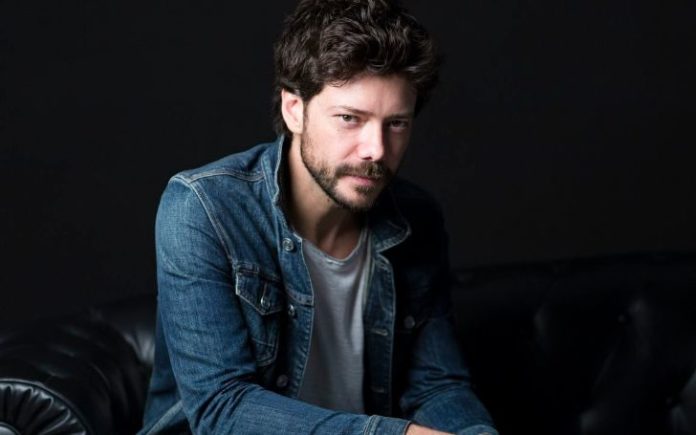 An upcoming actor Alvaro Morte has gained worldwide recognition through the Spanish series ‘Money Heist’. This Spanish robbery series has won the heart of millions of crime series lovers across the Globe.

He was born as Alvaro Antonio Garcia Morte on February 23rd, 1975. His performance of a professor in ‘Money Heist’ has received huge acclaim from all over the world. He commenced his acting journey from a small role but looks like he is marching towards something big.

The weight of Alvaro Morte is 75 kg and 165 lbs in pounds. He has an impressive height of 183 cm or 6’0” in feet inches. He has ruggedly handsome features with an athletic body type. His body measurement is as follows 43 inches chest, 36 inches waist, and 15 inches biceps. He turned 47 years old.

Alvaro Morte was born and grew up in Algeciras, Cadiz, Spain. No information available about his family and education but his family was very supportive when he chose acting as a career.

At the initial stage of his career, he portrayed a trivial role in a Spanish TV series titled Hospital Central. He moved forward and played the characters like Ray in Planta 25, Adolfo Castillo in Bandolera, Gabriel Areta in  Amar en Tiempos revueltos, and Lucas Moliner in El Secreto de Puente Viejo.

He received a major breakthrough in 2017 when he played the role of Sergio “El Profesor” Marquina in the ‘Money Heist’. In 2012, he co-founded his own theatre company ‘300 Pistolas’ and initiated to direct theater plays like Tres Haras de la Copa, El Lazarillo de Tormes and many more.

He is married to Blanca Clemente and the couple is blessed with twins named Julieta and Leon. Some Interesting Facts About Alvaro Morte