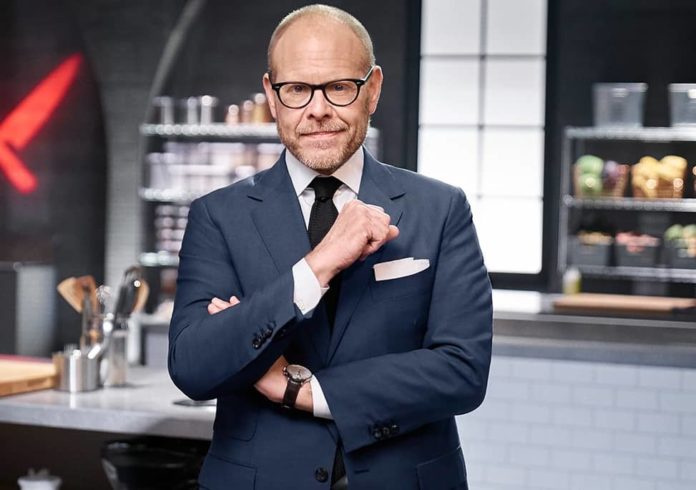 A chef must think like a scientist, organize like an accountant, and plate-like an artist, this line is very well proved by an American television personality, food show presenter, chef, author, cinematographer, and musician “Alton Brown” who is well known as the creator and host of the popular Food Network television show, “Good Eats” which was an instant hit that established him as a charismatic expert on cooking and ran for 14 seasons.

Apart from this, he also hosted several other shows such as “Iron Chef America”, Feasting on Asphalt”, “Feasting on Waves”, and “Cutthroat Kitchen”. He also has written several books on food and cooking.

He seems more handsome with his brown eyes and bald head. His body measures 40 inches chest, 34 inches waist and his biceps size is 14 inches.

Mr. Brown has managed to amass a healthy fortune estimated to be around $13 million.

Alton was born and raised up in Los Angeles, California, United States, and belongs to the white Caucasian ethnicity. He is born to his father Alton Brown, Sr. who was a publisher of the newspaper “White County News”, a well-known media executive, and owner of the radio station WRWH while there is no information available about his mother.

It seems that he has a sister whose name is Marsha. His father died by committing suicide when he was 12 years old. As of his education, he studied film and drama at the University of Georgia and started cinematography and film production, soon after his graduation. After that, he enrolled at New England Culinary Institute.

As of his career, he started the career of his own show titled “Good Eats” which was aired on Food Network and Cooking Channel. This show became a hit among the audiences because of the uniqueness of cooking innovations combined with humor, science, and technique.

This show ran for altogether 14 seasons for almost 12 years from 1998 till 2012 which earned him a Peabody Award in 2006 as well as a nomination for the Best TV Food Journalism Award. After that, he relaunched this show in two different versions “Good Eats: The Return” and “Good Eats Reloaded on Cooking Channel”.

In 2004, he appeared as an expert commentator on the cooking show, “Iron Chef America: Battle of the Masters”. Thereafter, he hosted the spin-off “The Next Iron Chef” for all five seasons. On July 29, 2006, his third cooking series, “Feasting on Asphalt” was premiered.

He appeared as a guest on Nickelodeon’s TV series, “SpongeBob SquarePants” and also mentored on Season 8 of “The Next Food Network Star”. He hosted the cooking competition series, “Cutthroat Kitchen” in 2013. In October 2013, he launched his first national tour, “Alton Brown Live: The Edible Inevitable Tour.”

In 2016, he launched his second tour show, “Alton Brown Live: Eat Your Science”. He was active with his shows, “Pantry Raide” and “Quarantine Quitchen” during the 2020 COVID-19 pandemic.

Reflecting on his personal life, he is a married man and got married twice in his life. He got married for the first time to Deanna Brown, an executive producer on “Good Eats” with whom he had a daughter named Zoey.

Unfortunately, the couple parted ways and took divorce in 2015. After that, he tied the marriage knot in 2018 with Elizabeth Ingram, an Atlanta-based restaurant designer. 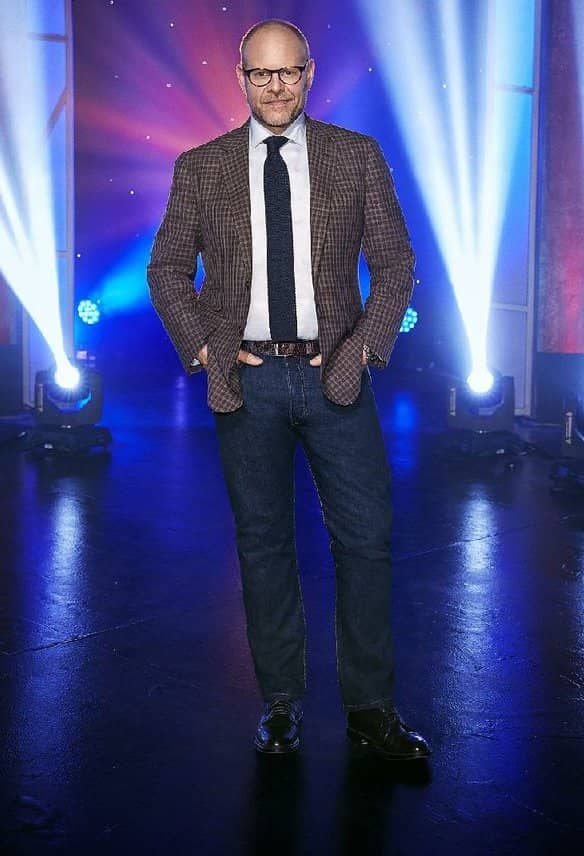 Some Interesting Facts About Alton Brown