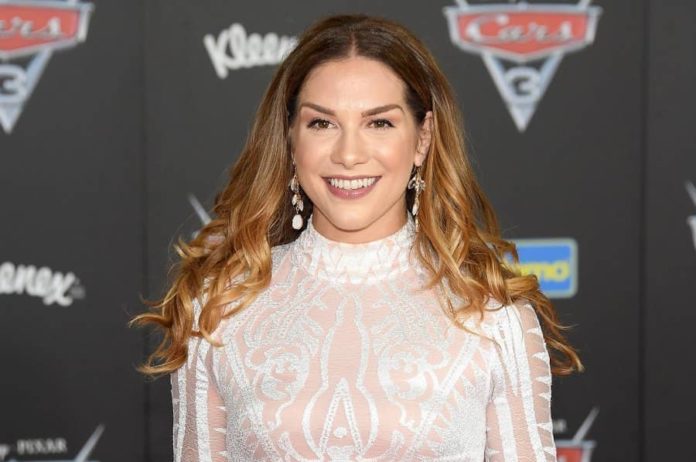 A dancer is someone who practices until perfection is made, never giving up, even if it takes weeks on end this line is very well proved by Allison Holker who is a professional dancer.

Moreover, she rose to huge fame for her appearance in the TV show called “So You Think You Can Dance.” Other than this, she is also eminently known for the Primetime Emmy Award Nomination for Outstanding Choreography in the year 2013.

Born on 06 February 1988, this gorgeous dancer has turned 34 years old. Her height measures 160 in centimeters and 5’3” in feet & inches. Moreover, she is very conscious about her physique and figure and takes care of her weight which is 52 kilograms and 115 lbs in pounds.

She maintains herself with the figure measurements of 34 inches breast, 25 inches waist, and 33 inches hips. She has a beautiful doll-like face which is complemented by her brown eyes and light brown hair.

Allison has gathered a very decent amount of net worth through her professional career as a dancer in the field of entertainment. According to the sources, her estimated net worth is $2 million approximately. She lives a very lavish and luxurious lifestyle through her earnings.

Born and grew up in Minnesota, the USA, Allison belongs to the white ethnicity. She is the only loving and talented child of David Lee Holker (Father) and Nikki Louise (Mother).

As of her education, Holker studied at Timpanogos High School in Orem, Utah where she graduated in June 2006. Furthermore, she started to take dance training from The Dance Club in Orem.

Talking about her career, Allison took the first step towards her career at the young age of 9. Later, this stunning dancer also performed in the opening and closing ceremonies of the 2002 Winter Olympics. Furthermore, she took part in the Disney movies High School Musical and High School Musical 2.

In fact, Holker has also won various dance titles which includes her first National competition in Co DANCE in 2004 and the National Senior Outstanding Dancer at the New York City Dance Alliance in 2005. After that, she featured in numerous commercials and further advanced to the Top 8 on the second season of So You Think You Can Dance.

Moreover, she also made her appearance with American Idol’s Clay Aiken in his PBS special “Tried and True” and also performed with a show called “Ballroom with a Twist,” choreographed by Louis Van Amstel. Apart from that, Allison also got an opportunity to be featured in the “Jar of Hearts” music video by Christina Perri.

In the year 2011, she performed as a backup-dancer and further on The X Factor USA working together with Brian Friedman. Other than this, this versatile personality was also taught at different dance conventions and workshops across the country, also branching out into choreography.

Besides this, she performed a dance routine on Dancing with the Stars with Stephen “tWitch” Boss in the year 2013. In fact, she was also announced as one of the 12 professional dancers in the 19th season of Dancing with the Stars in the year 2014. Additionally, Holker was partnered with actor Riker Lynch and R5 singer in the show’s 20th season in 2015.

However, they were eliminated on Week 4 and finished in 11th place. Besides this, she is serving as a host of Disney’s Fairy Tale Weddings with her husband, Stephen Boss on the Freeform Network and Disney+ since 2018.

Moving towards her personal life, Allison is a married lady who got married on 10th December 2013 to his boyfriend named Stephen Boss. Moreover, their wedding took place in Paso Robles, California.

Later, the couple was blessed with two children named Maddox Laurel and Zaia Boss. Other than this, Holker also has a daughter, Weslie Fowler from her previous relationship. As of now, she is living a happy and blissful life with her sweet family.

Here we are providing the list of favorites of Allison Holker: 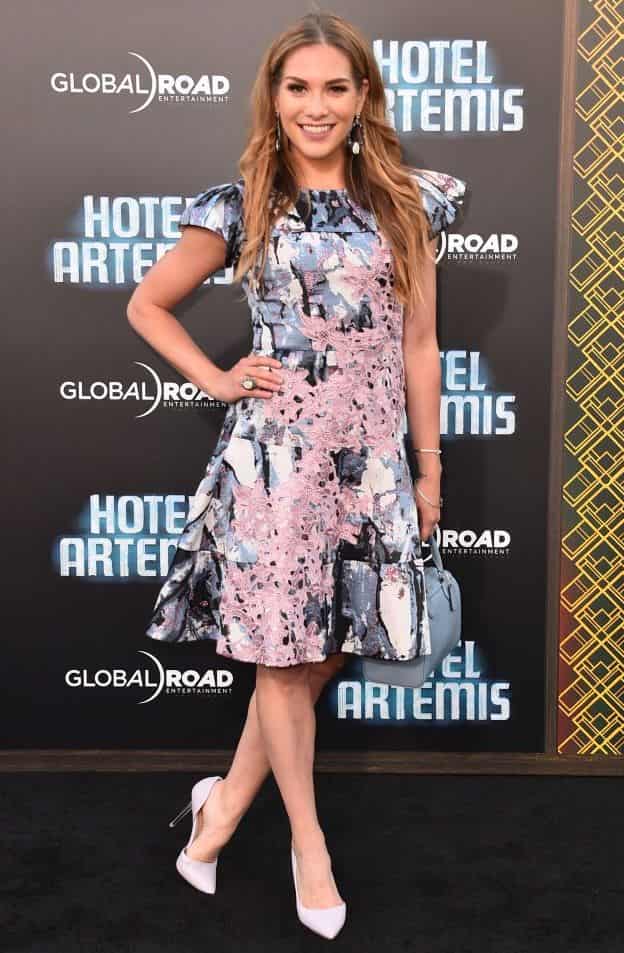 Some Interesting Facts About Allison Holker