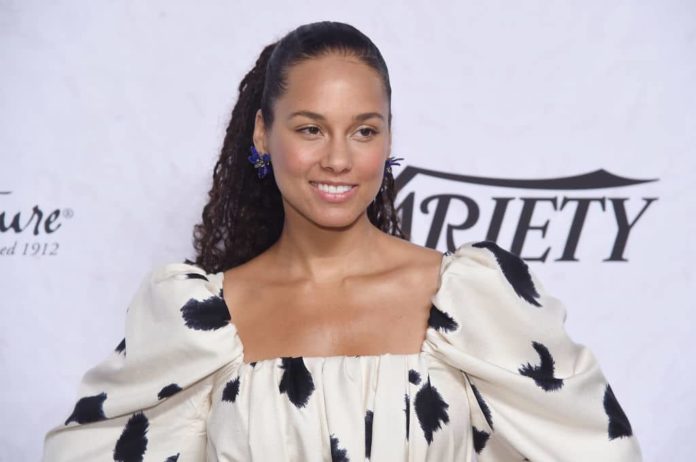 The Grammy Award winner Alicia Keys is not only a popular singer but also a famous songwriter, pianist, actress and record producer. She rose to fame by her debut in the TV industry as well as in the music industry. She released subsequent albums one after the other and became one of contemporary America’s most favorite singer.

She was born on 25th January 1981 in Hell’s Kitchen, Manhattan, New York. She developed her interest in music at a very young age and was exposed to show business after getting trained in music and playing the piano.

Alicia was born to Craig Cook who was a flight attendant and Teresa who worked as a part-time actress. When Alicia was 5, her parents got separated and she was raised by her mother. Alicia was encouraged by her mother to learn music and dance. She was enrolled in Professional Performing Arts School where she started learning classical piano. Later she joined Columbia University but dropped out later to pursue a career in music. In July 2010, Alicia married hip-hop producer Swizz Beatz.

In 2003, her second album “The Diary of Alicia Keys” was released which debuted at No. 1 on the Billboard 200. She made her film debut in 2006 by starring in ‘Smokin Aces’ where she played the role of a female contract killer.

She has won three NAACP Image Awards in 2006, including Outstanding Female Artist and Outstanding Song for ‘Unbreakable’.

In 2012, she released her album called ‘Girl on fire’ which was a mixture of conventional genre songs and piano ballads. For the same song, she won Grammy Award for Best R&B Album in 2014. Till date, she has sold 35 million album copies and 30 million single copies Some Interesting Facts About Alicia Keys