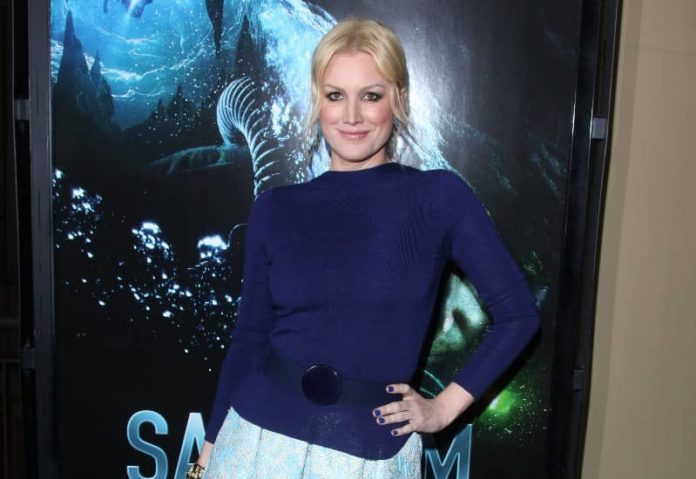 Success is the child of hard work, determination, and perseverance, this line has been very well proved by Alice Evans who is an English actress. Moreover, she gathered huge prominence for her recurring role as Esther Mikaelson in the TV series “The Vampire Diaries” and “The Originals”.

Besides this, Alice is also eminently known for her films “102 Dalmatians”, “Blackball”, and “Hollywood Dreams”.

Her beauty is enhanced by her hazel eyes and blonde hair. She is very conscious about her health and maintains her figure with the measurement of 36 inches breast, 25 inches waist, and 35 inches hips. Her bra size is 32D while her shoe size is 8 (US).

This stunning actress, Alice earns a very decent amount of money throughout her professional career in the entertainment world. Having started her career in 1996, she has managed to herself as one of the most successful actresses in the industry. According to the sources, her estimated net worth is $5 million approximately.

Born in Summit, New Jersey, the United States, Alice belongs to the white ethnicity. She is the loving and caring daughter of David Evans (Father) and Janet Evans (Mother). Her father, David was a professor of Applied Mathematics at Bristol University while her mother, Janet was a teacher of English Literature.

She grew up in Bristol, England along with her brothers, Anthony Evans and Philip Evans. As for her education, she studied at University College London and graduated with a 2:1 in French and Italian.

Moving towards her career, Alice took the first step towards her career in the year 1996 with a small role as Charlotte in the TV series, “Strangers”. Later, from 1996 to 1999, she played the role of a French student, Susan in the popular series, “Elisa Top Modele”.

After that, Evans portrayed the role of Kyra in the TV series Highlander: The Series in the episode of Patient number 7 in the year 1997. Moreover, she moved to Italy to play the role of Nathalie in the TV series, “Le ragazza di Piazza di Spagna” in 1998.

Furthermore, this eminent personality made her film debut in the comedy romance French movie, “Une Pour Toutes” in the year 1999. In the same year, Evans was cast by Disney as the lead in the comedy movie, “102 Dalmatians” alongside Gerard Depardieu, Glenn Close, and Ioan Gruffudd.

This film was released on November 22, 2000. Thereafter, she made her appearance in several films including “The Abduction Club”, “Fascination”, “Blackball” and “Hollywood Dreams”. Apart from that, Alice has also appeared as a guest in TV series like “The Christmas Card”, “CSI: Miami”, “Grimm” and “Lost”.

Besides this, she portrayed the recurring role of Esther Mikaelson in the TV series “The Vampire Diaries” and “The Originals”. In the year 2013, Evans played the role of Sandra in the psychological thriller film, Liars All.

Talking about her relationship status, Alice is a married lady who married actor, Ioan Gruffudd. Moreover, this lovely couple first met each other on the set of Disney’s 102 Dalmatians. Later, the duo got engaged on January 1, 2006, and eventually tied the sacred knot of marriage on September 14, 2007, in Mexico.

Later, they were blessed with two daughters named Elsie Marigold Gruffudd and Ella Betsi Janet Gruffudd. However, Evans announced their separation in January 2021. In fact, Gruffudd filed for divorce from Evans in March 2021.

Previously, Alice was in a romantic relationship with Olivier Widmaier Picasso who is the grandson of painter Pablo Picasso. The duo dated each other for eight years but they broke up later.

Here we are providing the list of favorites of Alice Evans: Some Interesting Facts About Alice Evans