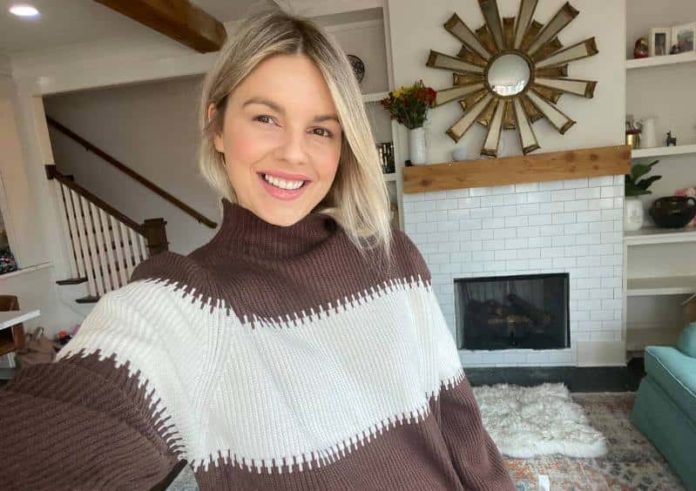 Hard work and dedication are a powerful combination to achieve success, this line has been very well proved by Alexandra Elaine Fedotowsky-Manno, popularly known as Ali Fedotowsky who is an American entertainment journalist and reality television star.

This gorgeous star is eminently known as the bachelorette on the 6th season of The Bachelorette. Besides this, Ali was previously a contestant on The Bachelor: On the Wings of Love.

Born on 16 September 1984, this renowned star has turned 38 years old. She is blessed with a perfect height which is 170 centimeters and 5’7” in feet & inches. She seems as fit as fiddle with a weight of 59 kilograms and 130 lbs in pounds.

Her beauty is enhanced by her dark brown eyes and blonde hair. She is very conscious about her health and maintains her figure with the measurement of 32 inches breast, 24 inches waist, and 33 inches hips. Her bra size is 32B while her shoe size is 6 (US).

With this stunning personality, Ali earns a very decent amount of net worth throughout her professional career. According to the sources, her estimated net worth is $1 million approximately.

Born in Massachusetts in the United States, Ali belongs to the Caucasian white ethnicity. She is the loving and talented daughter of Alex Fedotowsky (Father) and Beth Johnson (Mother). Moreover, she grew up in North Adams and Williamstown with her sister named Raya.

As of her education, Ali joined Mount Greylock Regional High School. After her high school graduation, she enrolled at the University of Massachusetts Amherst. Furthermore, she was admitted to Clark University, where she graduated with a Bachelor of Arts in 2006.

Later, she was cast as the bachelorette for the 6th season of The Bachelorette. This charming lady chose Roberto Martinez in the finale among several handsome hunks. In fact, the duo also got engaged. But the engagement ended in November 2011.

Other than this, after The Bachelorette, Fedotowsky moved to San Diego, California where she worked for the local Fox news station as a weekly morning show correspondent. After that, from 2012 to 2013, she hosted the NBC weekly lifestyle television show, 1st Look.

Besides this, in August 2013, E! News hired Fedotowsky as a correspondent. In June 2015, she left her correspondent position at E! News. Thereafter, in September 2017, Ali joined Home and Family as an official “family member”.

Talking about her relationship status, Ali is a married woman. She got married to her beloved Kevin Manno who is a radio and television host. Moreover, the duo started to date each other in the year 2013 and finally got engaged in September 2015.

Previously, Ali was engaged to Roberto Martinez. The pair got engaged when she chose Martinez on The Bachelorette finale. However, their relation couldn’t last long and ended in November 2011.

Here we are providing the list of favorites of Ali Fedotowsky: Some Interesting Facts About Ali Fedotowsky