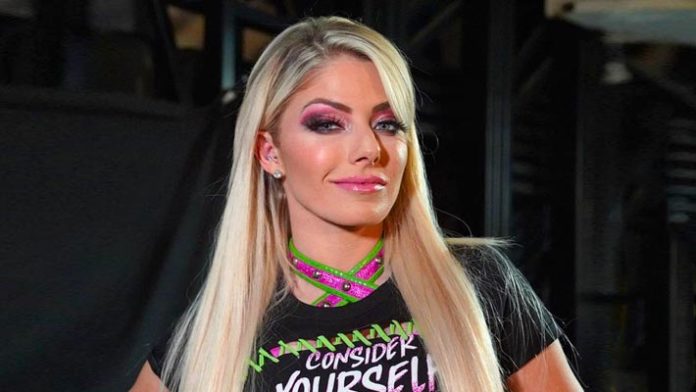 Alexa Bliss is an accomplished professional female wrestler in WWE. She has competed in various WWE matches and has won championships at SamckDown and RAW. She was born as Alexis Lexi Kaufman on August 9, 1991. As she has a height of five feet and one inch, she was nicknamed as ‘five feet of fury’. In 2018, Sports Illustrated ranked her number 5 in the ‘Top 10 Women’s Wrestler of the Year’ list.

Alexa was born in Columbus to Bob Kaufman and Angela Kaufman. At an early age, she showed interest in sports and physical activities. Her parents supported her passion and enrolled her in a gymnastics class. She was sent to Providence High School where she became a cheerleader and performed with Hilliard Davidson High School. Her competitive bodybuilding helped her to overcome her disorder. To pursue higher studies she attended the University of Akron. She is engaged to professional wrestler Matthew Adams who is popular by his ring name ‘Buddy Murphy’.

Alexa is considered to be one of the youngest females to earn an ‘International Federation of Bodybuilding and Fitness’ pro card. In 2013, WWE signed her as a professional wrestler and she was assigned to WWE’s developmental brand ‘WWE NXT’.

On June 20, 2013, she made her on-screen debut where she congratulated first WWE NXT women’s champion Paige. She was given a ring name ‘Alexa Bliss’ which was added to the official NXT roster page. In 2014, she competed for WWE NXT Women’s Championship where she defeated Alicia Fox but lost to Charlotte Flair in semi-finals.

In WWE NXT Tag Team Championship she helped Buddy Murphy and Wesley Blake to win the title. In 2016, she was drafted into SmackDown and achieved her first victory over Irish wrestler Becky Lynch. In 2017, she was drafted into RAW and fought against Bayley in her inaugural match. She won RAW women’s championship third time in 2018 by defeating Nia Jax. Some Interesting Facts About Alexa Bliss